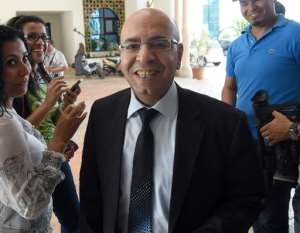 Tunis (AFP) - Tunisia's political parties on Friday agreed to hold legislative and then presidential elections in 2014, a mediator said, the first agreement on the electoral timetable after months of delays.

The order the elections were to be held in had been the subject of debate between parties.

Islamists Ennahda, which dominates the National Constituent Assembly, had wanted the legislative vote first, while their opponents mostly sought the opposite.

Lawyer Mohamed Fadhel Mahfoudh, who mediated the talks, told AFP that 12 out of 18 bodies represented at the negotiations voted for the legislative vote to be held first.

"The decision was adopted and we are going to submit it to the National Constituent Assembly for it to vote on the law (fixing the election dates)," he said.

Mahfoudh said the decision had been taken in conjunction with the body responsible for organising the elections.

The exact timetable on the elections is due to be adopted on June 23.

The decision to hold elections this year was part of a plan agreed by political parties aimed at ending a lingering political crisis sparked by the killing of two opposition politicians in 2013.