SSNIT to arrest three employers for nonpayment of contributions 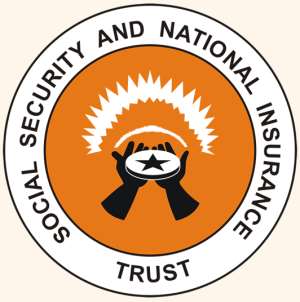 Three employers who have committed various offences related to the payment of social security contributions are being hunted by the Accra North Area Office of the Social Security and National Insurance Trust (SSNIT) and the police.

Although bench warrants have been issued by the circuit court at Nsawam for the arrest of the three employers , efforts to reach them have proven futile.

Mr Asare Anewu, is however, wanted for non-submission of contribution reports for workers.

The Prosecutor of the Accra North Area Office, Mr E.P. Brown, told journalists that the three employers had exhausted all the processes that indebted establishments were taken through by SSNIT before bench warrants were issued for their arrests.

He explained that SSNIT  sent a demand letter to employers who are indebted, giving them a 30-day  period of grace within which the employer had the option to negotiate with the SSNIT branch manager or liquidate the debt owed.

'If an employer fails to do either then a prosecution process begins, and the employer is served with writ of summons to appear before a magistrate or judge,  where he may be ordered to honour his liabilities by monthly instalments or he be given a judgement order,' Mr Brown said.

The Trust, he added, was thereafter at liberty to redeem the debt by several legal means, including seizure and sale of the employer's properties or confiscation of the debtor's money at the bank.

Employers, he further explained, could also be jailed for flouting court order to pay the debt or fined or both.

She advised employers not to allow their indebtedness  to go beyond the SSNIT offices but to take advantage of reasonable negotiations with branch managers in order to maintain the rapport between SSNIT and employers and to also ensure income security for their workers in the future.