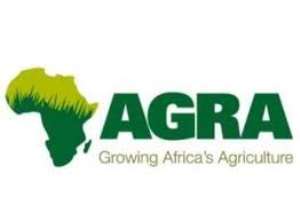 They said as smallholder farmers, the ISFM technologies which they learned through demonstration fields were being replicated in their individual and group farms to increase productivity.

The farmers who spoke during a 'Farmers' Field Day' at Wechiau said smallholder farmers needed continues education on modern forms of agricultural technology and best practices in order to increase productivity.

Mr. Hudu Abu, the Upper West Regional Agric Officer in Charge of Crops at the Ministry of Food and Agriculture, said continues farming without replenishing soil nutrients had depleted about three-quarters of farmlands in Africa.

He said on global basis, farmers apply an average of more than 100kg/ha of fertilizers to their soils but in Africa the average was 8kg/ha.

Mr. Abu said this was precisely what AGRA, which is being funded by Bill and Melinda Gates Foundation and the Rockefeller Foundation, came to address by increasing fertilizer use on about six million hectares of severely degraded farm land.

He mentioned promoting efficient and economically sustainable supply of fertilizer to farm lands in Northern Ghana, promoting the uptake of appropriate ISFM technology packages by smallholder farmers and creating enabling environment upon which other organizations could build and engage as some of the objectives of the SHP.