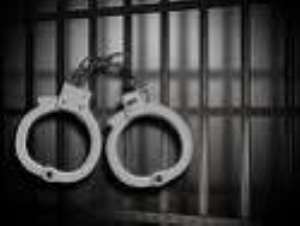 Agbozume, Oct. 29, GNA - Gbeda Agbale, 40, a housewife facing a provisional charge of murder at the Agbozume Magistrates Court, has been remanded in prison custody.

She was alleged to have provided her son's girl friend with a herbal preparation to terminate a pregnancy, resulting in her death.

Her plea was not taken and would be brought to court again on November 5, this year.

Police Chief Inspector Francis Agbogli told the court presided over by Mr. Selorm Dzatakumah that the deceased, Esiawornam Agbosevor, 18, and the suspect's son, Lumor Amegatse, 20, now on the run, were in an amorous relationship.

He said Amegatse informed his mother that her fiancÃ© was pregnant and the suspect gave him the concoction to give to her to drink.

He said the suspect and his son rushed  Agbosevor to four health facilities before arriving, on referral, to the Sacred Heart Hospital at Abor, where she died.  Amegatse then bolted.

The prosecution said Pastor Braine Agbosevor, who could not locate the deceased's whereabouts, reported the matter  to the Police.

Chief Inspector Agbogli said, upon a tip-off, Pastor Agbosevor rushed to the Abor Hospital and where he identified her daughter's body.