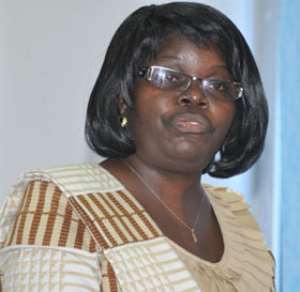 Producer Price inflation year-on-year between September 2012 and September  2013 increased by 5.4 percent, representing an increase in  producer inflation by 0.7 percentage points relative  to the rate recorded in August 2013 (4.7 percent).

The month-on-month change in producer prices between August 2013 and September 2013 also recorded 1.9 percent.

It said manufacturing, which constitutes more than two-thirds of total industry, increased by 1.82 percentage points to record 12.6 percent while the rate of the utilities sub-sector remained the same as was recorded for August this year.

Seven out of the 16 major groups in the manufacturing sub-sector recorded inflation rates higher than the sector average of 12.6 percent.

The highest year-on-year inflation of 19.1 percent for all industry was recorded in October 2012 while the lowest was in August 2013 (4.7 percent).

'Within the last quarter of 2012, the producer price inflation fluctuated until December 2012 when it started declining to record 9.1 percent in February 2013. In March 2013, the rate increased slightly to record 10.6 percent, and subsequently it has declined over the last five-month period to record the lowest rate of 4.7 percent in August 2013.'

Between September and December 2012, it said the inflation rate in the petroleum sub-sector remained relatively stable.

'However, it dropped in January 2013 and subsequently rose in March 2013. It thereafter increased steadily to record 19.3 percent in June 2013. In July 2013, the rate declined slightly to 18.5 percent due to slight decreases in the prices of marine gas oil and aviation fuel. Nevertheless, the rate increased consistently to record 33.6 percent in September 2013 as a result of the increases in the prices of petroleum products.'