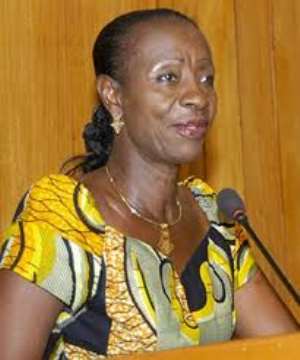 CREDIBLE INFORMATION reaching The Chronicle indicates that Psychiatric hospitals in the country have run out of drugs, compelling patients to buy from the open market. Psychiatric drugs, such as controlled drugs, are supplied by the state free of charge to patients who visit the unit.

Among the drugs which have run out of supply are Risperidone, Cogentin and Risperidone Consta, which are sold at exorbitant prices in pharmaceutical shops.

Risperidone consta injection costs $200. The Komfo Anokye Teaching Hospital (KATH) in Kumasi in the Ashanti region is said to be the hardest hit by the scarcity. It had the last largest supply of the said drugs in 2011.

As a result of the situation, the fate of psychiatric patients is endangered as they purchase the psychiatric drugs at exorbitant prices. Besides, pharmacists are giving wrong doses contrary to prescription issued by the Psychiatric hospitals.

Dr. Chief Cooker, the head of Psychiatric drugs at the Ministry of Health admitted the challenges being faced in this regard in a telephone conversation with The Chronicle.

He explained that the treatment of mental diseases in Ghana is going through tough times since the situation require the  introduction of new drugs into the system by the government to put a stop to the use of old psychiatric drugs.

According to him, the use of drugs comes with side effects. He said the switch from old drugs to new drugs has been piloted for four to five years now, during which Lagartel is being replaced with Risperidone.

Dr. Cooker said the government has procured new drugs which were introduced on a trial basis and that they would soon be in the system to help arrest shortage of psychiatric drugs in Ghana

and bail patients from this hardship. He indicated that the hospitals have in stock some of the old drugs which could have been used in these difficult times, but doctors are reluctant to prescribe them.

Dr.  Cooker said he cannot deny the fact that supply of Psychiatric drugs are in crisis, saying these drugs are not easily available in Pharmaceutical shops.

Responding to a question, Dr. Cooker said mental illness comprising depression and others, is hereditary and therefore it is not easy fighting it and that such drugs are administered to patients to maintain them.

'Suffering from Psychiatric disorder is not odd. There are a whole lot of people we meet on the streets who look healthy but are one way or the other suffering from such illness but they take their medics so they are okay' he  said.

Dr. Cooker, however, said that in spite of the challenges,  Ghana was doing well in managing mental illness. 'We are within the limit because not too many people are infected', he said.