Ghana to agree with ECOWAS on EPAs —Veep 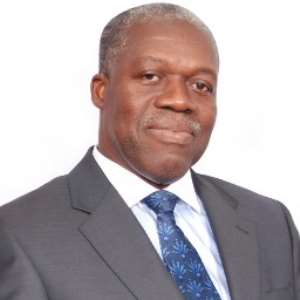 Vice President Kwesi Amissah-Arthur has stated that Ghana will be guided by the collective position of the Economic Community of West African States (ECOWAS) on the issue of Economic Partnership Agreements (EPAs) with the European Union.


Speaking to journalists after attending an ECOWAS extraordinary summit in Dakar on the proposed common market, the Vice President said Ghana's decision would be in conformity with that of the sub-regional bloc to present a formidable position with other regional trade groupings.

The Government of Ghana in 2007 initialled the EPA to allow 80 per cent of European goods onto the Ghanaian market, duty-free and quota free. Ghana was in turn given 100 per cent access to the EU market.

However, the EU is demanding that all African countries that appended the interim agreement must finalise the EPA within two years or face the consequences.

The Vice President's announcement comes against the backdrop of a promise by the Ministry of Trade and Industry that the Government of Ghana would by the end of October this year declare its stance on EU- EPA negotiations.

There are also renewed calls on the government to call the bluff of the European Union which is threatening sanctions if Ghana fails to finalise the EPA by 2014.

Among other things, the liberalisation of trade being sought by the EU with ECOWAS means that 80 per cent of goods from the EU would come to the region tariff-free.

On the outcome of the summit, heads of state and the Government  of ECOWAS have underscored the importance of a customs union as 'a decisive and irreversible phase' in the process of consolidating the region's common market.

In a communique, the leaders commended, in particular, the participatory process that characterised the identification of the major taxes of the deepening of the regional market and the flexibility demonstrated by member states in arriving at a consensus on the final ECOWAS Common External Tariff (CET) structure and all its supporting measures.

The authority endorsed the final structure of the CET as well as all the regulatory texts adopted in Abidjan on September 30, 2013.

The summit directed the President of the ECOWAS Commission to take all the necessary measures to support Cape Verde to implement the CET, taking due account of its specificity.

With a view to consolidating the regional market, the summit urged member states to "scrupulously adhere" to the Trade Liberalisation Scheme, notably through the strict application of the ECOWAS Rules of Origin and the continuation of the efforts to eliminate all non-tariff barriers and reactivate the Community Industrial Policy.

The summit directed the President of the ECOWAS Commission to establish a task force on the Trade Liberalisation Scheme.  It stressed the need for uniformity in duties and taxes necessary for the establishment of the CET and reaffirmed its commitment to the establishment of a single community levy in the region's customs zone.

The leaders decided to maintain the existing community levy in the ECOWAS and West African Monetary Union (UEMOA) zones for a transitional period of five years.