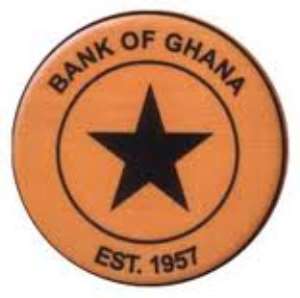 The BOG's 2012 Foreign Private Capital flows survey which was launched in Accra on Wednesday by the first Deputy Governor, Mr Millison Narh, indicated that in 2012, Ghana was ranked as the third highest recipient of FDI flows in SSA during 2011 by the World Investment Report on account of the newly developed Jubilee Oil field.

However, FDI inflows to Africa in general, declined for the third successive year, though at a much slower pace to 42.7 billion dollars in 2011 from 43.1 billion dollars.

The survey sample was selected among entities in all the regions except the two upper regions with the objective of capturing Ghanaian enterprises with FDI and borrowing.

'This reflected an accumulated inflow liability position of cross border capital of 3.9 billion dollars in a year,' Mr Narh said.

He indicated that the private flows to developing countries since 1990 had greatly facilitated their rapid growth at a time when most developed economies were passing through recession.

He said for instance, since the five years that Ghana commenced the annual private foreign capital flows survey, inward direct investment had increased by an average of 35.5 per cent per annum while portfolio inflows into private sector had also increased by 20.6 per cent.

Foreign loans contracted by the private sector have also increased by an average of 37 per cent annually from 2006 to 2011.

He said, however, significant areas of risk with capital flows still deserve attention from governments of developing countries, international financial institutions and business entities as major recipients of private capital flows were vulnerable.

The Deputy Governor noted that financial market development would be an important driving force of growing capital flows and that Ghana had to position herself to attract the huge investment funds for looking for safe havens to migrate to.

He said the gradual liberalisation of capital transactions had helped in the attraction of foreign capital but had brought along some risks which 'we will continue to monitor and ensure that they do not derail our efforts at ensuring both internal and external stability.

Mr Seth Terkper, Minister of Finance, said Government places a lot of premium on attracting capital inflows into the country to the private sector, particularly, because of the falling trends in official inflows.

'As Government, our role is to ensure that the enabling environment is created to facilitate these flows. And on that score, the main issues that come to mind are macroeconomic stability, competitive fiscal and investment regimes as well as the liberalisation of financial transactions,' he said.

The Minister said Government is aware of the systemic risk and vulnerabilities that may arise from the explosion of private capital flows attributable to the inadvertent opening of opportunities to criminals and increased cross border criminality and is doing everything possible to address that.

'We will continue to work with Inter-Governmental Action Group against Money Laundering in West Africa in the fight against money laundering and financial terrorism by adopting rigorous regulations at regional level to fight the menace and also equip our local law enforcement institutions to help in preventing sure tendencies.'