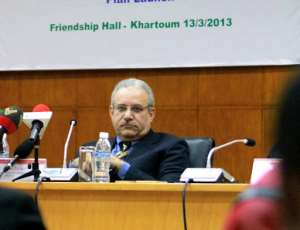 Although Sudan was recently declared polio free, the virus has reappeared in east Africa.

South Kordofan and Blue Nile are of "particular concern," the United Nations said, because no polio vaccination programs have taken place in areas controlled by the Sudan People's Liberation Movement – North (SPLM-N) since the rebels and the Sudanese government went to war in 2011.

The UN says a million people are affected by the violence.

Two weeks ago, the UN Security Council had urged Khartoum and the rebels to agree to allow vaccinations to go forward in the two troubled states, saying the health and livelihood of 165,000 children aged five and younger was at stake.

According to the UN, these poorly immunized children could get the disease.

"Sudan's future lies in the health of its children," Zaatari said.

"This is an opportunity for all parties to put children's health before politics and to ensure that this campaign goes ahead without delay."

Highly infectious polio is spread by person-to-person contact, exacerbated by poor sanitation and a lack of clean water.

Affecting mainly children aged under five, it can cause total paralysis within hours.