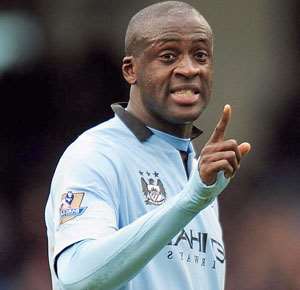 British reporters inside the Khimki Arena in Moscow claimed that monkey chants could be heard emanating from home sections of the stadium during City's 2-1 Group D victory.

They claimed that Toure was the target of the chants, and the former Barcelona player later revealed that he had heard the taunts and had mentioned them to the referee.

“Of course (I was aware). It is quite disappointing,” Toure told British Sky television at the end of the game.

“It is unbelievable and very, very sad. We want to stop that and UEFA has to be strong, maybe close the stadium.

“It is always sad when you hear something like that and we need to do something.”

City manager Manuel Pellegrini added: “It is a pity that these things happen and I hope that the right measures (are taken).”