Of Prying Eyes And Hidden Reports 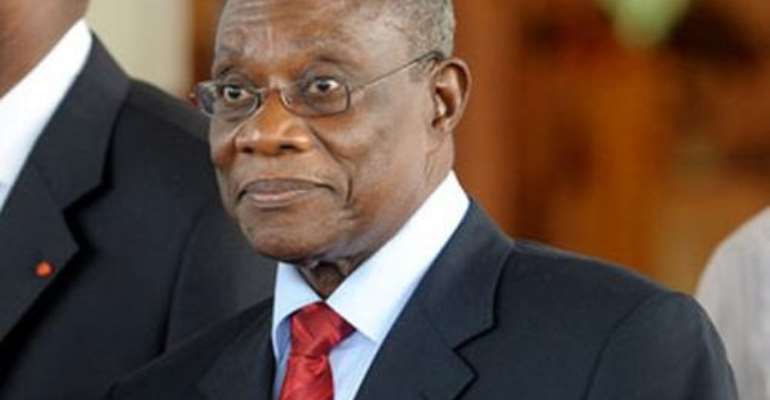 If you have been a constant reader of this column, you will observe that I never lose any opportunity to write that lies have shorter legs.  Anytime you decide to lie, remember that in no time you will be exposed and when that happens, you will be also exposed to public ridicule.  The reasons why a gentleman should not lie is that the moment you are caught lying, the respect that people have for you reduces considerably. And since respect is not sold at the market, once you lose it, you will find it difficult to recoup it. This is what is happening to the NDC government from the days of the late Professor Fiifi Atta Mills to current President John Dramani Mahama.  Continues lies have turned them into a laughing stock.  I have sincerely lost count of the many committees set up by this government and that of Professor Mills but thank God my memory can help me with few of them.

In the run-up to the NDC Delegates Congress which was held at Sunyani, Mr. Herbert Mensah, Rawlings' good friend came out like a fish out of the water to tell whosoever cared to listen that the late President Mills' campaign team spent a whopping GH¢90,000,000 in his bid to be elected at the congress as the flagbearer of the party.  When the revelation came to the public notice Mr. Mensah was outside the country and when Mr. Mills was confronted by the media to comment on the allegation, this is what he told Ghanaians:  'Ebei!, maaso mate dem asem no.  Ebei!, se mewo dem sika yi a ankye mere mma wonfa nye Asokwa Interchange anaa Suhum kwan no a.  Ma instruct BNI fo se won nhwe asem no mu na nnokware nda adi' (Wow!, me too I have heard of the case.  Wow!, if indeed I had such an amount, I would have used it to complete the Asokwa Interchange or the Suhum road.  I have instructed the BNI to look into the matter for the truth to come out').

It has been nearly two years since that statement was made but we are yet to see the BNI report on the allegation.  Yes, it is true Professor Mills is dead but the multimillion question is:  did he die with the BNI report?  Or to be more precise:  was he buried with the report?  And if even he has been buried with the report can't the BNI help us with a copy of the report?  Because of the silence over the issue, it stands to reason that such an amount was used to bribe the delegates.  No wonder the main challenger, Nana Konadu Agyemang Rawlings and her husband were heckled at the congress grounds by the delegates even though they received a hero's welcome by the teeming supporters of the NDC when they entered Sunyani.  Rawlings has some pain in his heart because even when he of all people was in charge of the 'waakye' that was served to the delegates, her dear wife was betrayed.  Gadindim, gadem, gadindim, gadem.  Money swine!!!

As we were trudging along life's tortuous road to irk a living, we woke up one day to see the Ministry of Foreign Affairs on fire.  As we gathered to watch the inferno, Madam Rose Bio-Atinga, the Greater Accra police boss told newsmen at the scene that she suspected the hands of arsonists.  The Fire Service bosses were charged to investigate the matter even though like Justice Atuguba, Madam Bio-Atinga had given her ruling in advance.  We waited and waited and waited for the report but that too became a mirage.  The powers that be poked their fingers into our wide nostrils and told us to go to hell. After all, are they not in power?

Recently, the nation experienced serious outbreaks of fire in our markets and other state edifices.  The reported cases became so alarming that the nation was nearly brought down her knees.  Some irresponsible and sick brains attributed the widespread market fires to the opposition New Patriotic Party (NPP).  They said the aim was to make the nation ungovernable.  When the Kantamanto Market went up in flames another group of traders also attributed the inferno to the ruling National Democratic Congress (NDC).  They said because majority of the traders were supporters of the NPP, the government wanted to punish them.

Then Agbogbloshie, Asafo, Makola and other markets went up in flames.  When things went from bad to worse, the government paraded some poor hapless folks from Bawku who were irking a living in the national capital as labourers before the media and told us that they were the arsonists who ignited the market fires. They were put before court awaiting trial.  The funny aspect of this Communist tactics is that even when the suspected arsonists were caged more markets went up in flames.  Today, the suspected Bawku arsonists are walking free while the Deputy Minister for Communication, Mr. Murtala Mohamed who announced their arrest shamelessly sits in his office, not caring to come again and tell the media what went wrong.  So you see how lies can dent the reputation of the liar?

Unable to find the causes of the market fires, the government used the taxpayers' money to fly into this country some white Americans they said were fire expects. They were commissioned to use two weeks to find the causes of the market fires.  The so-called fire expects started their work in Accra.  On the day that they moved to Kumasi to start work there, the Asafo market went up in flames before their white faces.  We all thought since the fire happened before their naked eyes, finding the causes will not be all that difficult.  The whole place was sealed off while the 'white expects' started their work.  It has been more than three months since they flew outside the country after their work but, sadly, the report is yet to see the light of the day.

Since The Ghana Youth and Entrepreneurial Development Agency (GYEEDA) report was leaked to the media, the President has tried all tricks to cover the mess.  As prying eyes continued to ask questions, the President once again appointed Mr. P.V Obeng to study the report as if the report itself was fishy.  So the President thinks we will believe in whatever Mr. Obeng will come out with?  If the President is not aware somebody out there should tell him that one of the guys indicted in the leaked report, Mr. Tapsoba Alhassan is walking tall with chest out on the streets of Kumasi and daring President Mahama to touch him if he can.  He says any attempt to arrest him will lead to a messy spill over because he will let loose the cat from the bag.  President Mahama told Ghanaians when he went to worship with Muslims at the Independence Square that those persons indicted in the GYEEDA report have been arrested but he did not mention the names of those arrested ones.  Is Tapsoba one of them?  If yes, what charges were levelled against them and when were they arrested?  Can the President do us a favour by naming the six NDC activists who were involved in the GYEEDA rip-off?  Where is the P.V Obeng report?  Oh no Mr. President, look into the mirror and see how the face of a liar looks like!

It is being rumoured in town that part of the GYEEDA booty, like the Asongtaaba guinea fowl rip-off was used to stuff the Mahama 2012 campaign war chest.  True or false?  The rumour mongers are telling us that because the President is aware of the riff-off, he is refusing to expose the wrong doers, fearing that any action that he would dare take will backfire in his face, bruising him badly.  True or false?   You see, in a country where the rumour mill grinds louder than the noise of a thunderbolt, it is always proper to put one's cards on the table.  Keeping your cards too close to your chest doesn't help matters.

If the GYEEDA report had indicted any NPP top man, I can bet with my last coin that the President would not have hesitated a minute to name and shame such a person.  If the President is truthful to his conscience and as bold as the Gonja warriors who fought battles under the command of Ndewura Japkwa, he should come clean about this GYEEDA case rather than merely telling Muslims that some people have been arrested without mentioning names.  How many times have we not heard of arrests which ended up in the unconditional release of those arrested?  If the President thinks this GYEEDA issue will die a natural death like the others which have come and gone, then he is a dreamer.  We in the media will pursue the case to its logical conclusion.  At least I, your irrepressible Earth Angel Gabriel will continue to hover up there in the firmament with my prying eyes focused on the GYEEDA report.

What President Mahama should realize is that gone are the days when politicians could lie and go their ways without anybody questioning them.  If the President wants us to take him serious as far as the fight against corruption is concerned, he should put his cards on the table and allow institutions to work.  We are aware of political interferences anytime the issue of government corrupt officials are concerned.  When the President told us the other day that he alone could not fight corruption, I laughed till saliva started dropping from my mouth.  The Akans say if a fish is going to rot, it starts from the head.  The truth is that the seat of government is corrupt and so John Mahama has not got the moral right to fight corruption down the ladder.  Is the President aware of the huge sums of monies paid by people who wanted to be nominated as MMDCEs to certain big wigs at the Flagstaff House?  Those of us in the media for example, can only expose corrupt officials but it is for the President to apply the necessary sanctions whenever necessary to serve as deterrent to others.  The President can start with the damnable GYEEDA rip-off and see to it that heads roll, no matter whose ox is gored.   We are waiting.  Barka da Salla, Alhaji Tapsoba Alhassan of Old Tafo, near Pankrono!!!