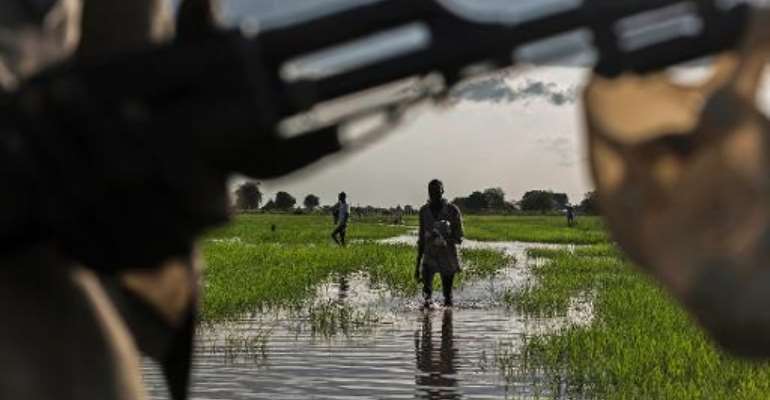 A member of the Lou Nuer tribe comes back home to Yuai village in Jonglei state, South Sudan, on July 24, 2013 after fighting against the Yau Yau rebel group. By Camille Lepage (AFP)

"The attacks resulted in high numbers of killed and wounded," UNMISS said in a statement.

"As soon as the fighting had stopped yesterday, the UN Humanitarian Air Service (UNHAS) flew health partners to the attacked areas to evacuate casualties," it said, adding that 31 seriously wounded civilians were airlifted out.

"They also reported more wounded civilians remaining in the area and this morning UNHAS dispatched a helicopter to continue the medical evacuations," the statement added.

UNMISS said UN police and rights investigators had also been sent to the area to "investigate the attacks, ascertain the identity of the attackers, and determine the accurate number of casualties."

South Sudan's rebel-turned-official army has been fighting in the region to crush a rebellion led by Yau Yau, who comes from the Murle people, since 2010.