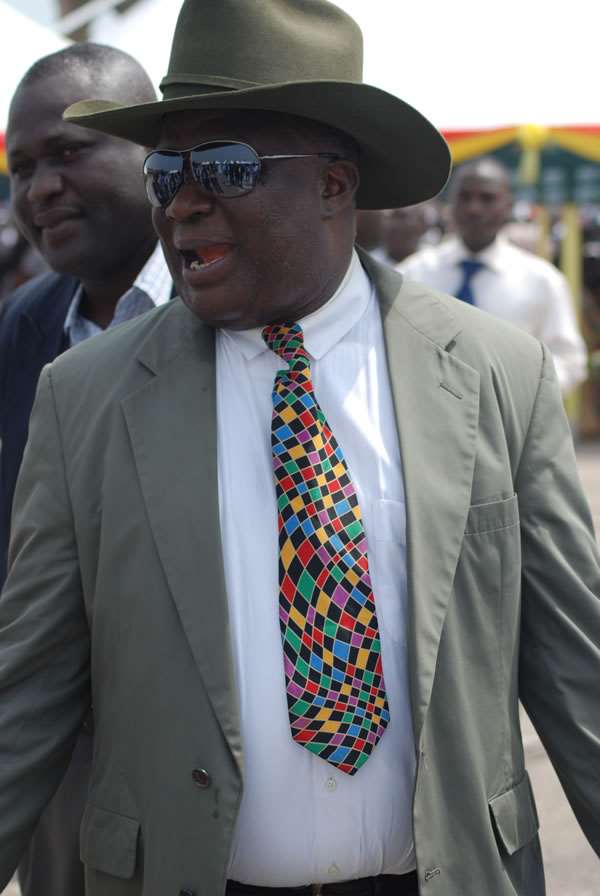 A classic case scenario of what plain-talking Chuck Kofi Wayo calls 'Ghanaians barbarism is up in the news as a 53-year old peasant woman, who suffers acute buruli Ulcer on the face, is abandoned, while a little philanthropic money that has come her way is believed to have gone down the pocket of a big man.

Madam Agnes Yawson, who lives in Mankessim, has been totally disfigured by the ulcer on her face because she does not have GH140,000 that is required for surgery.

A front-page story on her condition by the Ghanaian Times newspaper, earlier this month, is believed to have yielded response from Cal Bank which, sometime ago, made some cash donation towards her treatment.

Prior to the Cal Bank aid, only Mr. Kofi Wayo, who is like Ghana's big nagging Uncle, attempted to do something about it, including getting the Ghanaian Times, to do the front-page story requesting donations to pay for the surgery on the woman's face.

As Wayo would put it, “none of the politicians who drive in 130,000 dollar cars would have time for such a citizen.”

Having occupied himself with issues of the well being of ordinary Ghanaians since he returned from the US decades ago, helping Madam Yawson was just the natural thing to do for Mr. Wayo. He stated off with a donation of GH700.

Unfortunately, Mr. Wayo and the family of the woman are alleged to have entrusted the big man (name withheld) in Mankessim, with the GH700. The said big man is described to be a smooth talker who boast of being a brother of sorts to the late president Atta Mills.

The Enquirer newspaper could not confirm whether the big man sank the GH700 into his pocket after he had taken it from Mr. Wayo in the name of the woman's sickness and has since not given a toss about the woman, as attempts to reach him proved futile.

On Tuesday, this week, Mr. Wayo was however full of digest for the suspected betrayal of trust by the big man after he had visited Madam Yawson at the 37 Military Hospital where the ulcer patient had been referred to by the Korle-bu Teaching Hospital for further testing.

But Mr. Wayo was not too surprised about the alleged perfidy of the big man. “You have ministers in this country driving in 130,000 dollar cars while people like this sick woman can't even afford surgery money to save their lives,” he sneered. Mr. Wayo, who is constantly in the villages of Ghana donating farming implements to peasants and reaching many with philanthropy, has helped over 30 people like madam Yawson undergo surgery.

But as an individual, he acknowledges that he cannot do it all alone and so he wants the government and corporate organizations to come to the aid of the ordinary citizens, starting from Madam Yawson Agnes.

“If the Government really cares about citizens like Agnes Yawson, who queued in the sun to vote for it, then let it do something about her plight,” he made the clarion call.

In the face of the plight of the likes of Agnes Yawson, the national health safety net, NHIS, seems a total joke.

Kofi Wayo says he would have loved to foot the full bill for the surgery required to save the life of Madam Yawson but, unfortunately, there are so many citizens welfare undertaking that he is occupied with, including the distribution of 200,000 cutlasses to farmers across the country at the moment.

While he waits for the government and corporate institutions to respond, he described Madam Yawson's case as a big shame to Ghana.