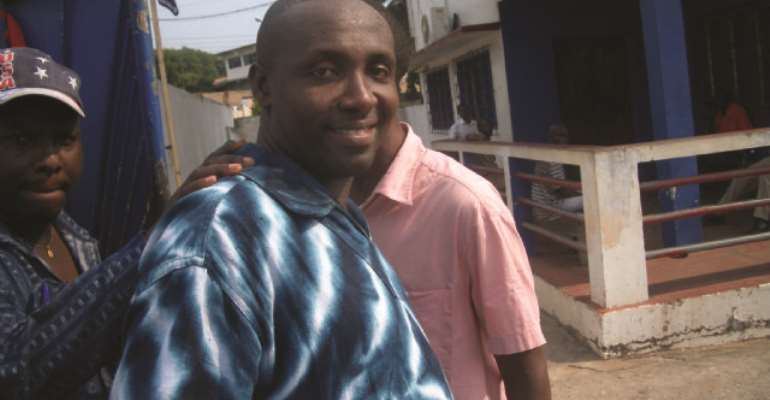 A New Patriotic Party communicator, John Boadu, has lampooned President John Mahama over the recent downgrade of Ghana's credit worthiness from B+ to B by Fitch, an international credit rating agency.


Fitch Thursday announced the downgrade, citing the country's rising wage bill and increased debt to GDP ratio, which it said posed short-term challenges to the economy.

Commenting Friday on the development on Accra-based Peace FM, Boadu said the downgrade was occasioned by reckless management of the economy by the Mahama administration.

The recklessness, in his view, had caused the country to be inundated with debt and also led to a decline in growth in key sectors of the economy, including the agriculture and services sectors.

'As things stand now if an additional debt of even $1 million is created, the government will not be able to pay the salaries of public servants, unless it borrows,' Boadu said.

He said the economic situation was so bad that the government was now in a cycle of borrowing to pay debt.

'Our cedi has depreciated by over 100 per cent in the last five years. Our (budget) deficit is a mountain - every year it goes up,' he lamented.

Boadu rejected the government's explanation that the implementation of the Single Spine Salary Structure (SSSS) was partly to blame for the current economic challenges.

According to him, a 'deliberate attempt' by the Mahama administration to 'deceive, create, loot and share' public funds was responsible for the country's economic woes.

He accused the government of 'sharing monies around' in the last four months of 2012 in a bid to win the Presidential Election, a situation he said led to a budget deficit of $8.7 billion.

Boadu expressed sadness at what he said was the failure of the government to spend public funds on development projects such as the construction of roads and the completion of the Ghana Gas project.

The government, according to him, rather chose to 'waste' hundreds of millions of dollars on GYEEDA projects that were not beneficial to the economy.

Boadu said he was not surprised that some of the country's development partners were unhappy with its handling of the economy, describing Ghana's economic challenges as a 'self-orchestrated' and 'self-inflicted' problem.