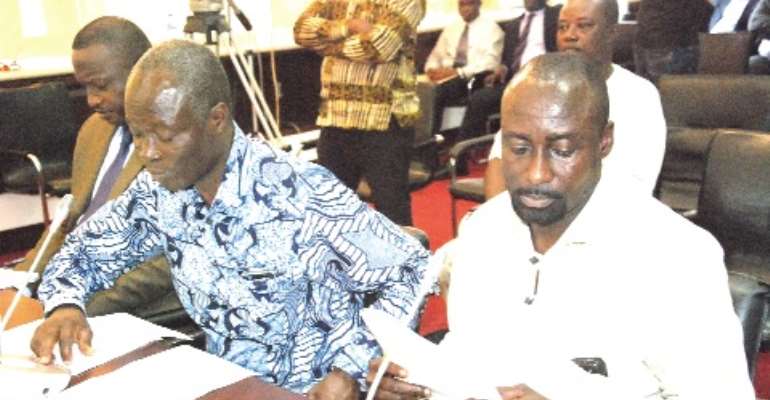 It emerged at the sitting of the Public Accounts Committee (PAC) of Parliament yesterday that the Gratis Foundation failed to account for fuel purchases valued at GH¢5,030 in 2010 and 2011.

The foundation also failed to engage in competitive bidding, as stipulated by law, when it procured items which cost the company GH¢36,859.

In respect of the fuel purchases, it was revealed that Gratis failed to operate a vehicle log book to record details of all fuel paid for.

Officials of the Auditor-General's office, therefore, found no records with regard to the purchases when they audited the organisation's account.

When officials of the foundation, led by its Chief Executive Officer, Mr Emmanuel Asiedu, appeared before the PAC yesterday, they could not explain the lapses regarding the fuel purchases but attempted to state why they made purchases without due regard to the law.

In line with the recommendations of the Auditor-General, the PAC called for the operation of a vehicle log book and a recording of the details of fuel purchases.

It also suggested that three proforma invoices be obtained for every purchase made to compare prices.

While examining the Auditor-General's Report for 2011, the PAC also found that Gratis failed to pay withholding tax of five per cent, which totalled GH¢1,842.98, to the Ghana Revenue Authority (GRA).

It took a serious view of the development, but officials of the Auditor-General's office explained that the management of Gratis had been charged to pay the sum involved.

Mr Asiedu confirmed that statement and said GH¢768 had been paid per week to the GRA to offset the debt.

During a perusal of the company's financial records, the PAC found that capital expenditure was not made in line with approved budget, resulting in over-expenditure and under-expenditure in some cases.

It was found that the centre made excess spending of GH¢16,715.

As contained in its record books, although GH¢6,000 was budgeted for to meet donation expenses in 2011, the centre's actual expenses on donations were GH¢22, 715, representing a budget overrun of GH¢16,715.