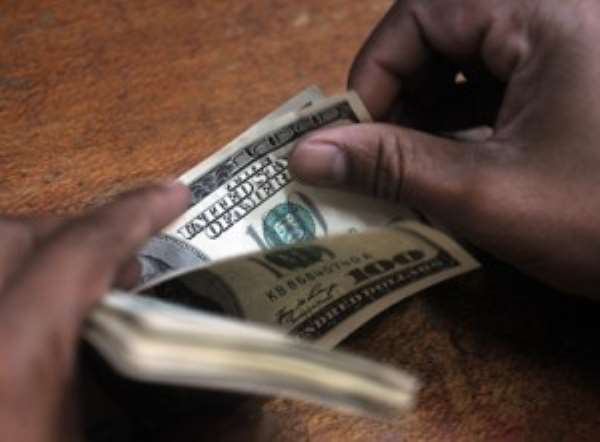 Madam Nyasha Munditi, Policy Research Assistant, Domestic Debt of AFRODAD, said some reasons for the increase in the external debt include Government issuing a 750 million US Dollars - 10 year Eurobond on the international market in 2007.

She said new loans of about 2.8 billion US Dollars to fund sectoral priorities in health, agriculture, rural development, roads, communication and housing for public sector employees also led to the current external debt.

Madam Munditi made this known at a validation workshop on Ghana's Public Loan Contraction and Management in Accra on Wednesday.

Giving an overview of 'Ghana's Public Debt' she said, in addition to the external debt, domestic debt also increased from 15.5 per cent of Gross Domestic Product (GDP) in 2006 to 25.4 per cent in 2012; and this was issued mainly to finance budget deficits and to develop the domestic debt market.

Using the International Debt Sustainability Borrowing Ceiling of 60 percent for total public debt of GDP ratio, Madam Munditi said Ghana's performance against this indicator showed that it was still within the 60 per cent threshold as Ghana's current domestic debt ratio is pegged at 50 per cent.

She explained that unlike external debt, there were no international agreed thresholds for measuring domestic debt sustainability.

She, however, said by the Debt Relief International Interpretation, domestic debt sustainability ratio prevailing within 92-167 percent range, shows a sign of potential unsustainability.

Madam Munditi said even though Ghana's total debt ratio is still below the 60 percent threshold, the falling of the domestic debt to GDP ratio in the Debt Relief International unsustainability range should be treated cautiously.

She said with a large bias towards domestic debt at 77.3 percent of the total public debt, and almost half of the 22.7 percent external being sourced from the non-concessionary international capital market and bilateral sources, there was more use of commercial financing to fund Ghana's various project investments in the Medium Term Debt Strategy.

Mr Dakarayi Matanga, Senior Policy Officer, Domestic Debt at AFRODAD, who spoke on 'The Legal Framework of Loan Contraction and Management', said Civil Society Organisations must be given legislative recognition and a role in the process of loan contraction and management.

He called for the establishment of a Debt Monitoring Board that would check the conformity of any new project loan with overall economic policy before its approval.

Legislation should also ensure that line ministries provide regular progress reports on implementation of projects funded by loans, while the Presidency's power of remuneration of the Auditor-General be loosened to foster accountability.

Members of Parliament, representatives from the Ministry of Finance and Economic Planning, civil society organisation, and AFRODAD representative as well as the media attended the workshop.

The Ghana Anti-Corruption Coalition and AFRODAD jointly organised the forum to share preliminary findings with stakeholders, solicit comments from participants on their research.