France to keep 2,000 troops in Mali until end of year 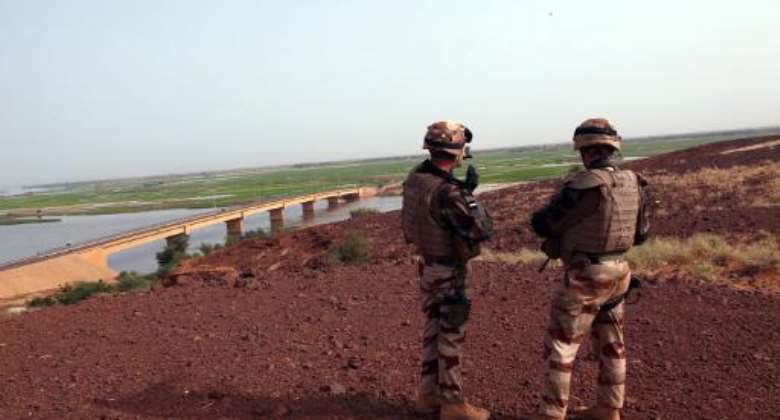 Troops of the French-led Serval Operation in Mali patrol an area on the outskirts of Gao on October 16, 2013. By Sebastien Rieussec AFPFile

Paris (AFP) - France will maintain around 2,000 troops in Mali to help secure the December legislative polls before further scaling down its military presence, the defence minister said Thursday.

"We're going keep a little more than 2,000 men until the end of the year," Jean-Yves Le Drian said.

The former colonial power deployed its airforce and sent combat units in January this year to help Mali's government wrest back the north of the country from Islamist groups linked to Al-Qaeda.

Mali's first parliamentary polls since a coup in March last year are due to begin on November 24 and a second round is scheduled for December 15. Ibrahim Boubacar Keita was sworn in as president last month after an August election.

French forces have helped the authorities reclaim control of the main cities but Al-Qaeda and its offshoots have remained a threat, launching sporadic attacks from their desert and mountain hideouts.

"There no longer is a war, what we're doing now is counter-terrorism," Le Drian told reporters in Paris. "We must continue to battle terrorism and remain vigilant."

At the peak of Operation Serval, France had 4,500 troops in Mali. A UN stabilisation force meant to eventually reach 12,640 troops and police is gradually taking over.