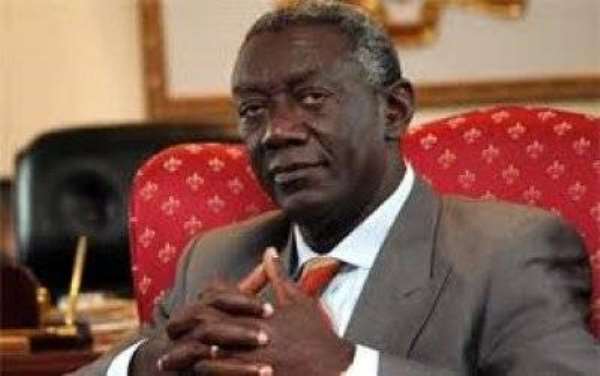 Accra, Oct 17, GNA - Former President John Agyekum Kufuor has left Accra for the Scottish capital, Edinburgh, to receive an Honorary Doctor of Letters (PhD) degree by the University of Edinburgh.

A statement from his Spokesperson, Mr Frank Agyekum, said the award was in recognition of the Former President's contribution to international development. The degree will be conferred on him at a special graduation ceremony on October 18 and will coincide with the inaugural meeting of the Global Good Citizenship Commission of which Former President Kufuor is a member.

The Commission, a brainchild of Former British Prime Minister, Sir Gordon Brown and supported by the New York University, is to re-examine and address issues arising out of the Universal Declaration of Human Rights (UDHR) by the United Nations 65 years ago.

The statement said the Commission would take into account numerous global developments since the Declaration and formulate a report that may suggest revisions or ways of updating it.

The Commission brings together distinguished leaders from across many sectors including politics, academia, business, religious institutions, law and philosophy.

It will evaluate the work of a Philosophers' Committee, which is already at work, and present its report to the Secretary-General of the United Nations in 2015.

Former President Kufuor will be away for about 10 days.