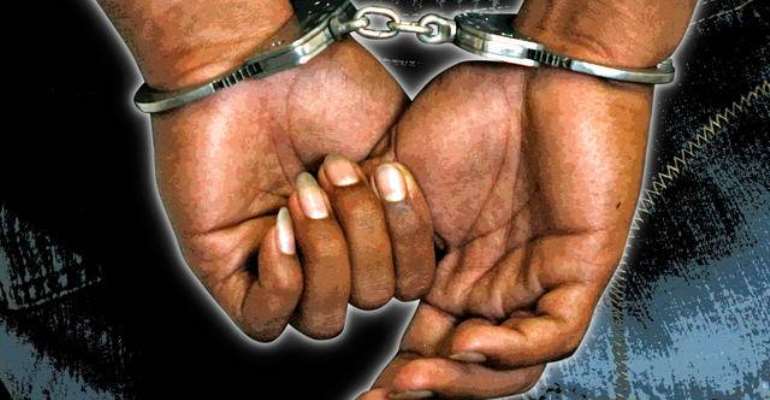 The suspects are Francis Auluviet, 33, and Koudou Gueto Joseph, both from Yopougou in Cote d'Ivoire.

He told the GNA that the suspects hired the vehicle from Aflao to Accra and made a  stop at a restaurant at Sogakokpe in the Volta Region where they gave some drinks to the driver, Emmanuel Agbozo, which made him dizzy.

DSP Dzineku said one of the suspects took over the steering wheel and drove the vehicle to Accra and made another stop at the SSNIT Guest House.

He said at the guest house Agbozo fell asleep and the suspects drove the vehicle to Elubo in the Jomoro District of the Western Region.

At the Elubo border, the suspects went to a washing bay to wash the vehicle and threw away the documents covering the vehicle into a dustbin but an onlooker became suspicious,  went for the documents andy gave the Police a tip-off, leading to the arrest of the two suspects.

The Police got the telephone number of Agbozo, the driver, and he went to Elubo to identify the vehicle.