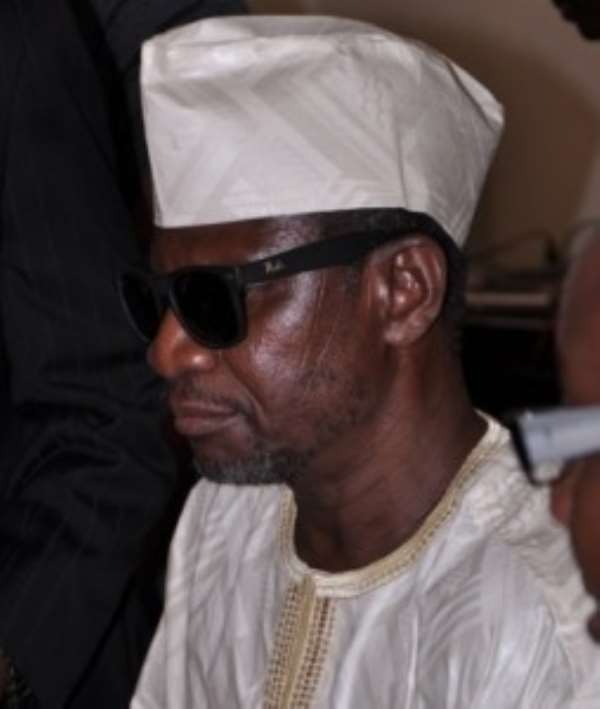 The Brong-Ahafo Regional House of Chiefs says it is dismayed, outraged, and appalled by the allegation that some of its members indulge in bribery.

Reacting to a publication in The Chronicle of Monday, October 7, 2013, with the headline 'Bribery Rocks BA House of Chiefs' at a press conference held in Sunyani recently, the President of the House, Pemampem Yaw Kagbrese V, indicated that the publication sought to create an unfortunate impression in the minds of well-meaning Ghanaians that the House mischievously refused to admit the recently elevated chiefs, being Nana Asare Baffour of Tuobodom, Nana Oduro Boamah of Tano Boase, and Nana Kwaku Yiadom Boakye of Tanoso, to Paramount status by the Golden Stool of Ashanti to membership of the House.

Pemampem Yaw Kagbrese indicated that the allegation that 'One Paramount Chief paid huge and substantial amounts of money to grease the palm of some leading members of the Brong-Ahafo Regional House of Chiefs, to thwart and stall the invitation of the three to participate in and attend meetings of the house was a blatant and naked lie, which must be treated with all the contempt it deserves.

According to him, the House had, on three previous occasions, invited the said chiefs to take their oaths for admission to full membership of the House to enable them attend meetings, but on each occasion, the house was advised by National Security, through the Brong-Ahafo Regional Security Council, to halt the process, on grounds of serious security situations in the newly elevated paramountcies.

He stressed that the said information was, on each occasion, communicated to the three chiefs.   According to him, it was same House, which the chiefs are accusing of receiving bribes, that   facilitated the entries of their names into the National Register of Chiefs, by recommending their Chieftaincy Declaration Forms to the National House of Chiefs for approval, in accordance with Article 270(3b) of the 1992 Constitution and the Chieftaincy Act (Act 759, S-57(5).

Pemampem Kagbrese further disclosed that a member of the House was among a five-member committee of the National House of Chiefs, which quite recently met with the Parliamentary Select Committee on Chieftaincy to discuss the new Legislative Instrument on Chieftaincy, to give legal effect to paramountcies in the country, of which the said areas had been listed as paramouncies.

He emphasised that the House was, therefore, completely surprised, dismayed, and appalled by the sudden publication, supposedly from the very chiefs. 'This House has found it prudent to work on them over years.'

The President of the House said the publication and the contents therein, not only are they false, but baseless, malicious and found to be a calculated attempt to impugn or tarnish the hard-earned reputation of the noble House, which those very chiefs desire to join, making a total mockery of themselves.

He demanded from the three new paramount chiefs an unqualified apology through the very media the allegations were made, failure, of which the House would surely advise itself to safeguard its image.