FDA to get tough on drug importers, manufacturers 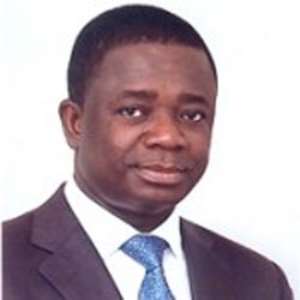 The Chief Executive of the Food and Drugs Authority (FDA), Dr Stephen Opuni, has served notice that the authority will not allow the importation of substandard and fake medicines into the country.

He said it would also intensify its post-market surveillance activities 'so if someone thinks he/she is smarter enough to beat the system at the port, our counter-intelligence system would expose the person'.

Dr Opuni gave the warning yesterday in Accra, at a meeting between the FDA and members of the Pharmaceutical Manufacturers Association of Ghana.

The meeting, which followed the FDA's recent crackdown on the importation of fake medicines, was to educate the manufacturers on the implementation of a road map (2014-2018) developed by the FDA for the attainment of the World Health Organisation's (WHO's) current good manufacturing practices (GMP) by 2018.

'We would like to ensure that by 2018, all manufacturing pharmaceutical companies would be WHO compliant,' Dr Opuni said.

He said although the FDA had a mandate to protect public health and safety, as established by law, the Authority had decided to support the local pharmaceutical manufacturing sector to build the capacity of its members so that it could improve and produce more and even export to the sub-region.

On behalf of the FDA, he entreated all local pharmaceutical industries to employ staff with the requisite qualification to benefit from the expertise of the FDA's newly formed Industrial Support Services Department.

The FDA, he said, was ready to work with all local industries that were prepared to embrace such change under its continuing stringent regulatory oversight.

Dr Opuni asked manufacturers to consult the FDA to give its technical support if they planned to set up plants for the manufacture of medicines.

Manufacturers
Some of the manufacturers welcomed the interaction between themselves and the FDA.

'We would like to ensure that by 2018, all manufacturing pharmaceutical companies would be WHO compliant,' Chief Executive of the Food and Drugs Authority (FDA), Dr Stephen Opuni.