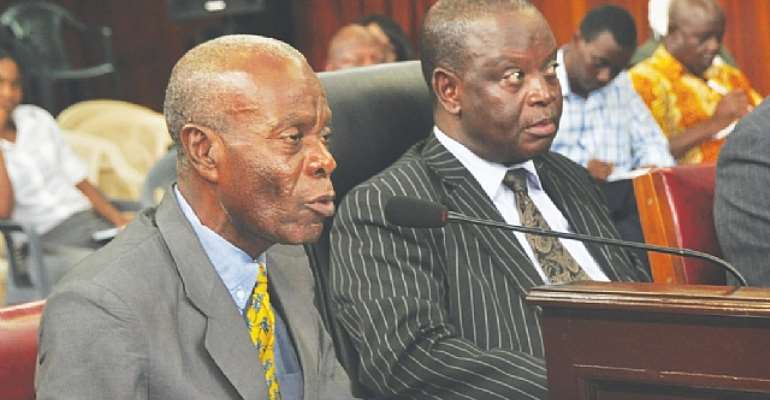 An initiative taken by the Ghana National Procurement Authority (GNPA) Limited in 2004 to revive the ailing company turned out to be a fiasco, plunging it into a huge debt.


The company had contracted a GH¢1 million loan from New World Investment (NWI) for the importation of sugar, but five years later the GNPA had to pay back more than GH¢3 million to the lender, and yet could not import the sugar.

The money was in respect of the principal loan and accrued interest in a judgement debt settlement that was dealt with by the Judgement Debt Commission at its public sitting in Accra on Monday.

Counsel for the GNPA, Mr Opoku Adjei, told the commission that after the company had failed to import the sugar because the Amalgamated Bank could not raise letters of credit on its behalf, it paid back GH¢550,000 to NWI.

Case in Court
Subsequently, the NWI took the matter to court in 2007, praying for the recovery of the outstanding debt plus accrued interest.

Mr Adjei said the court ruled that the accrued interest be paid on the principal amount.

In a move to recover the money, the NWI threatened to sell the building housing the national headquarters of the GNPA.

But the Ministry of Trade and Industry intervened to settle the debt with the payment of GH¢2.5 million to NWI.

The Sole Commissioner, Mr Justice Yaw Apau, said it was wrong for the court to enter summary judgement at the time it did, particularly so when it was not sure of the actual interest to be paid.

GNPA predicament
The acting Chief Executive Officer of the GNPA, Mr Douglas Kumasi, said the company was 'seriously illiquid', adding, 'We are broke!'

He mentioned the failure of public officials to pay for items they bought from the company as a major cause of the company's financial predicament.

He, however, indicated that the government had plans to put the company back on track.

Justice Apau suggested to the GNPA boss to publish the list of people who owed the company in the media to expose them.

While sympathising with Mr Kumasi for acting as the CEO of the GNPA for six years without confirmation, he urged him to take the right and bold decisions for the betterment of the company.