LAWYERS IN FACE-OFF WITH ATUGUBA 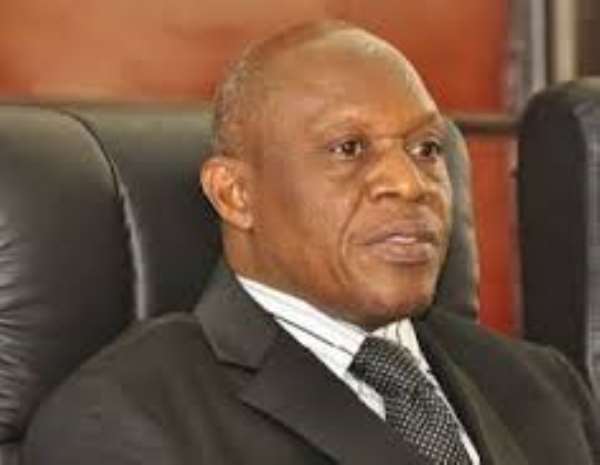 Just when most Ghanaians had almost come to terms with the final verdict of the Supreme Court presidential petition hearing and public discussions had almost come to a close, the Legal Advocacy Foundation (LAF), a non-governmental organisation led by a popular Legal Practitioner, Dr. Maurice Ampaw, has stirred yet another controversy, questioning the constitutionality of Justice Atuguba's open statement contained in his ruling.

The Foundation has raised a serious objection to the open statement by the President of the nine Supreme Court Judges, which, it contends, contravenes the spirit and letter of the supreme law of the land, the 1992 Constitution.

The LAF is, therefore, considering an option of filing a petition at the Supreme Court to challenge the statement, and to seek the court's legal interpretation on the matter.

In page 40 of Justice Atuguba's judgment, he stated: 'For starters, I would state that the judiciary in Ghana, like its counterparts in other jurisdictions, does not readily invalidate a public election, but often strives in the public interest to sustain it.'

But, the Executive Director of the Foundation, Dr. Maurice Ampaw, in Kumasi recently,  believes the statement does not only frown in the face of legality, but actually contravenes the spirit and letter of Articles 51, 63 and 64 of the 1992 Constitution, which state emphatically how the President of this country can be elected.

He contends that Justice Atuguba's statement was discriminatory and does not allow for accountability, stressing that the statement also puts the Electoral Commission above the constitution.

Dr. Ampaw argued that the Constitution stipulates that a President shall be elected by valid votes, which must, not only be determined by the Electoral Commission (EC), but by the sovereign power of the people, as stated by the Constitution.

The Legal Practitioner, whose foundation has launched what it describes as a Legal Clinic to interpret the final judgment through public education, also gave his opinion on why he thinks the petitioners lost the case, and why the respondents won.

He noted that the respondents did not win the case based on legal arguments, and that it was the opinion of the judges on the majority side that the judiciary should not easily invalidate public elections, a position, which, according to him, was a recipe for disaster.

According to him, the positions of the petitioners, which sought to annul votes, and based on the annulment, declare Nana Akufo-Addo as President, was unfair and inequitable. 'He who seeks equity must do equity, therefore, the petitioners should have asked for annulment and re-run, rather than annulment and declaration,' he argued.

Dr. Ampaw further pointed out that the petitioners ought to have blamed their polling agents for endorsing the alleged malpractices, omissions and violations, without making any formal complaints to challenge those results at the polling stations.

The LAF also asserts that both the President of the court, Justice William Atuguba, and Baffoe-Bonnie should have recused themselves, or should have been asked to stay aside by the Chief Justice in matters of fairness, because of their association with one, or the other with individuals linked to the case.

Dr. Ampaw also took strong exception to the position of the National Commission for Civic Education (NCCE), as far as the election petition was concerned, stressing that the commission had woefully failed to execute its duty of educating the public on the final judgment.

He, therefore, called for total scrap of the Commission, stressing that it had lost its relevance as the state institution mandated to teach Ghanaians about their civil responsibilities.