Convict Alfred Agbesi Woyome on His Own Confession of …. 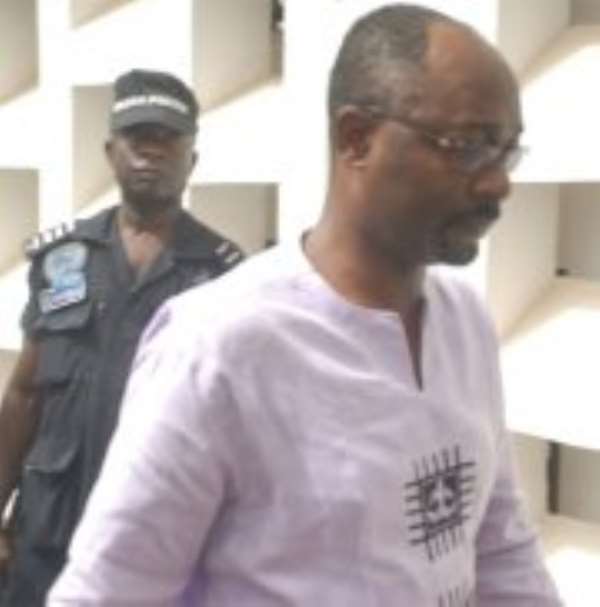 Certainly, many a Ghanaian has heard the name of the notorious swindler, Mr Alfred Agbesi Woyome, mentioned in the ears at least once. He is the Ghanaian swindler of the Century who ganged up with certain members in the Atta Mills/John Mahama NDC-led government to collusively rob Ghana of GHC51.2 million in a broad daylight.

He, having personally confessed on the Ghana airwaves e.g. on Peace FM radio and in the Courts, for never had signed a contract with the Ghana government nor worked for the government on, or not on, contractual basis, what else are the courts waiting for to find him guilty? He has self-confessed his guilt.

I can hardly understand how the Courts of Ghana apply laid down laws. In any Court of Law in a Civilized country where a sane person standing accused admits their wrongdoing through confession without been under duress, they are straight away found guilty, although their sentence could be reduced based on their quick co-operation to avoid the Court going down a tortuous lengthy path to unravel the truth.

I therefore find the Court trying Woyome a complete joke. What are all these absurd incessant adjournments of the case after the swindler himself has told the whole country and the world that he fraudulently availed himself of the GHC51.2 Million? How could he be given the money if he had not done any work at all as he self-confesses if it wasn't a ganged up plot to cheat Ghana?

Upon all his honest confession, we still have the Courts vacillating between finding him guilty or letting him off the hook to go and enjoy the fruits of his fraudulence. I cannot get my head around this utter nonsense and intentional deceitful ploy to set free this swindler. Is it because the NDC government is remotely pulling the strings so hard that it scares off any judge sitting on the case? If not, what else can explain the Courts' dillydallying?

What is the Court's understanding of a person confessing that he/she did not work for the money they have rather dubiously received? I know Woyome as insatiably greedy and stupid as he is easily fell for the NDC's plan to dupe Ghana to replenish the party's coffers. When the plan was hatched, he offered to front for it. He thought he could easily get away with it even when it became public knowledge as it is almost truly the case now. He can never get away with it as long as people like Martin Amidu, Rockson Adofo, Kennedy Agyepong, Kabila etc. are showing keen interest in the case.

Did he think he could easily get away with it as though he was stealing a cat to prepare the evening delicacy of his Anwonaland? Even stealing a cat nowadays would send one to three to five years imprisonment in Ghana. Why is Woyome still walking a free man in the streets of Ghana having stolen a sum of money that could purchase a million times over of a cat? What a travesty of justice?

If the Atuguba's Supreme Court could have judges rubbishing Constitutional and Electoral laws as immaterial, e.g. Mrs Justice Akoto Bamfo, is it any wonder therefore that a lesser Court judge is dithering about whether to set Woyome free or find him guilty? Be that as it may, Rockson will embark on an international crusade to get Woyome refund the money to the State to be probably assigned to another fraudulent use by the “Ede bii keke” government in place.

I entreat all reasonable Ghanaians to support us in our fight to retrieve the money from Mr Alfred Agbesi Woyome. Those who are able, get the news about Woyome published in the newspapers in the countries where you live. I have got friends who will soon be doing that. For how long can we wait on the Courts for justice to be delivered in this case involving Woyome and by extension, the NDC government and party?

The fight to retrieve the money from Woyome still continues unabated!

HATE ME, BUT FOR A GOOD REASON – catchphrase by Rockson Adofo