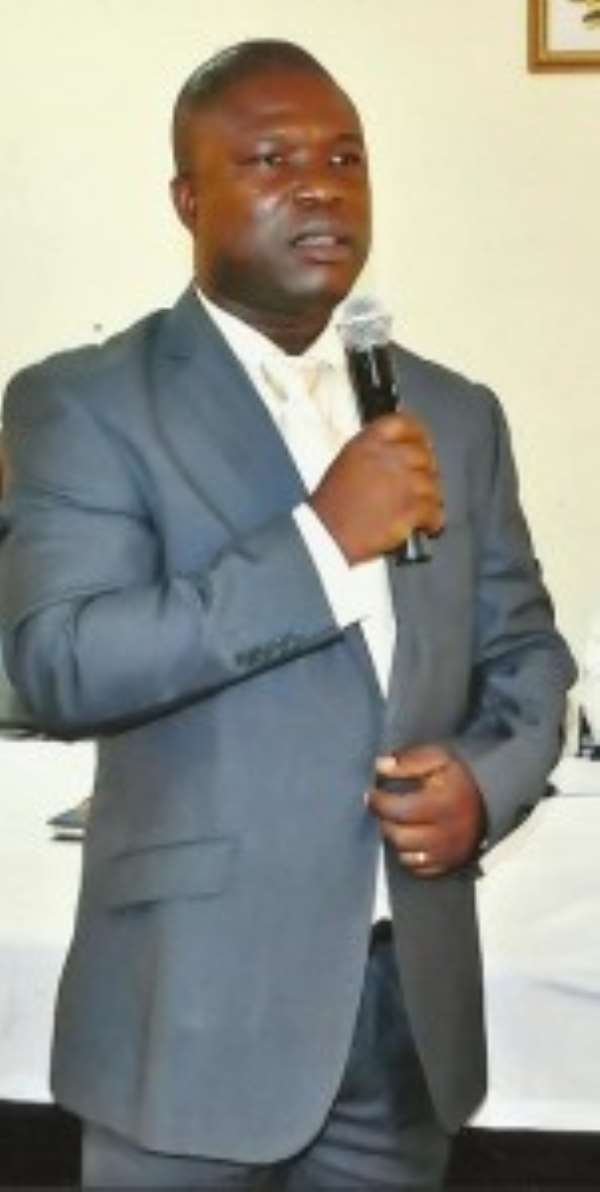 The Akatsi North District Assembly has put in place measures to ensure the active participation of the people in the decision-making process, particularly on issues concerning the execution of development projects, which would not be decided by officials at the District Assembly alone, but rather the people deciding on projects to be prioritised, so as to help deepen local government administration in the area.

As part of efforts to give meaning to local governance, the District Assembly provided a number of suggestion boxes at vantage points in the communities of the 12 electoral areas that constitute the new district, where the views and proposals from the people on their immediate needs were collated.

The new Assembly has also adopted an open door administration that would enable everybody to effectively participate in the governance process in the area, by empowering all assembly members to regularly organise town hall meetings to educate the chiefs and people on government programmes and policies, as well as their role in ensuring that the government achieves its development targets.

Speaking in an exclusive interview with The Chronicle at the district capital, Ave-Dakpa, the District Chief Executive, Mr. James Gunu, said local government was all about identifying the needs and priorities of the people, and adopting a comprehensive approach, together with the citizenry, to address them in the short or long term.

Mr. Gunu stressed that as the Chief Executive of the District, he sees himself as a servant who would help meet the development challenges of the people, and not lord over them, disclosing that he had already paid a working visit to the various communities, where dialogues with the chiefs and opinion leaders on how best to tackle the development of the area were successful.

The Akatsi North DCE explained that based on the various consultations with major stakeholders in the district, the assembly had lined up its development projects in the areas of health, education, agriculture and job creation to mitigate the unemployment difficulties.

He said the assembly had acquired a 24-acre parcel land at Ave-Dakpa for a new market project to revamp economic activities in the district, as well as to serve as a major revenue collection point to boost the internally generated funds of the Assembly.

Mr. Gunu disclosed that feasibility studies by the Assembly and consultations with the stakeholders clearly showed that the establishment of the market in the district capital would be a viable venture, because it would promote a healthy cross border trade between the people in the district, other districts in the region, and the entire nation, as well as the Republic of Togo.

The assembly, according to the DCE, would develop tourism attraction sites in the district, such as the crocodile pond at Ave- Dakpa, which would include the building of guest houses to accommodate tourists. He was also quick to say that it would involve huge sums of money, and invited investors to invest in the project, because it had the capacity to generate revenue, in view of its location near the main Ho-Aflao road.

Mr. Gunu also stated that another dam at Ashiagborvi would be used for aqua culture, while the Ave-Afiadenyigbe dam had been earmarked for irrigation purposes to promote all year farming in the district, because the fertile nature of the land in the area ought to be put to good use to the benefit of the people.

He said farmers' groups were being formed, as the government had already invested GH¢1.2 million into the project, and provided one tractor that would promote activities of the farmers in the district, and urged them to take advantage of the opportunity to create wealth for themselves.

Touching on the issues of health, the Akatsi-North DCE said the assembly would upgrade the Ave-Dakpa Clinic to the status of a District Hospital to effectively address the health needs of the people, since there was no hospital in the district.

He further noted that the hospital project would not only serve the interest of people in the district alone, but those who ply the Ho-Aflao road.

Mr. Gunu explained that there was no hospital on the main Ho-Aflao road, apart from Dzodze, which was too far to reach in case somebody suddenly became sick and needed medical attention, and appealed to the Ministry of Health to support the assembly upgrade the clinic into a hospital with the needed infrastructure.

He said the prospects of the hospital would be great, because it would not only address the health needs of the people in the district, and travelers, but also people who cross the border from the Republic of Togo.