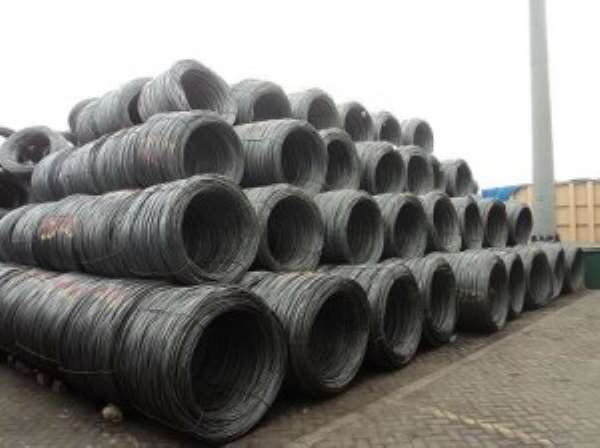 THE Poor performance of the local steel manufacturing sector has been blamed on the 2012 Election Petition at the Supreme Court. This is because of the unfriendly business terrain that existed at the time the petition was being heard, as investors were in a dilemma as to what the outcome would be.

These revelations came up following a special inquisition that yours truly conducted in the industry. Over the past two years, I have filed several stories in The Chronicle that focused on happenings in the local steel manufacturing sector and have come face to face with realities on the ground.

The industry is currently reeling under enormous pressure from government and scrap suppliers, and surprisingly none of the two is making any effort to identify problems which are confronting the local steel manufacturing sector, hence the mistrust.

Today, the Ministry of Trade and Industry is threatening a return to parliament for the law makers to review a legislation passed in March this year to ban the exportation of ferrous scrap metals.

The only light at the end of the tunnel for the orphaned steel manufacturing industry was the end of the 2012 election petition, which has brought back investor confidence.

Like all sectors of the economy, where the 'wait and see' attitude was the order of the day, the local steel manufacturing industry was not spared either, and had to grope in the dark because all potential investors wanted assurance of stability in the country before starting to spend again, and thank God it has come to pass.

Armed with the outcome of this inquisition, players in the industry are of the belief that government should allow at least two years after the ban to assess the performance of the industry before taking a decision as to what to do next with regard to running back to parliament.

Seven steel manufacturing plants, all based in Tema, can boast of a total employment of over 5,000 workers, with a capacity of 85,000 metric tons.

The local steel manufacturing companies, together need a total of 80,000 metric tons of ferrous scrap metals monthly to operate, but the local supplier is able to produce only 50 per cent of that demand.

Another area of concern to the industry is the high electricity charges approximated at GH¢4.5 million for the seven plants. As I laced my boots to commence investigations into activities of the industry, I was immediately slapped in the face with the mad rush by exporters, whose modus operandi conflicts with security matters in the country and when this was brought to the attention of the authorities, a face-saving administrative action came from Customs, but only for a brief period.

The next discovery was the importation of inferior wild steel coils which are allegedly fraudulently cleared to evade payment of 20 per cent import duty at the ports, hence giving different name as raw material for nail and wire mesh.

As a result some of the importers pay only 5 per cent duty, yet the products ended up on the market as finished product and sell cheaper than the locally made iron rods. These rods are said to be the major reasons for the collapse of buildings in the country.

That revelation came when my finding unearthed the fact that the local steel manufacturers cannot sell their finished products and so having been brought to the attention of the sector ministry, and there was a statement to the effect that it was investigating fraud at the ports of entry, but till date nothing has come out of that reported enquiry.

The good news is that the ban eventually came in March 2013, after two decades of lobbying, but unfortunately got trapped in the austerity brought about by the 2012 election petition, which reared its ugly head and compelled the national economy to sit on the tenterhooks.

Ferrous scrap metal suppliers started agitation for the ban to be lifted and in some cases threatened the politicians for losing their votes in future elections, and even though the sector ministry made frantic effort to harmonize the fading relations between the supplier and the manufacturer, the former took an uncompromising position and apparently succeeded in cowing the powers that be.

As a journalist I have a duty to alert government that in a country where the cedi is depreciating on daily basis, the local steel companies will be left with an alternative to import scrap metals or join their friends who are importing the mild steel coils, a move that will not benefit the economy.