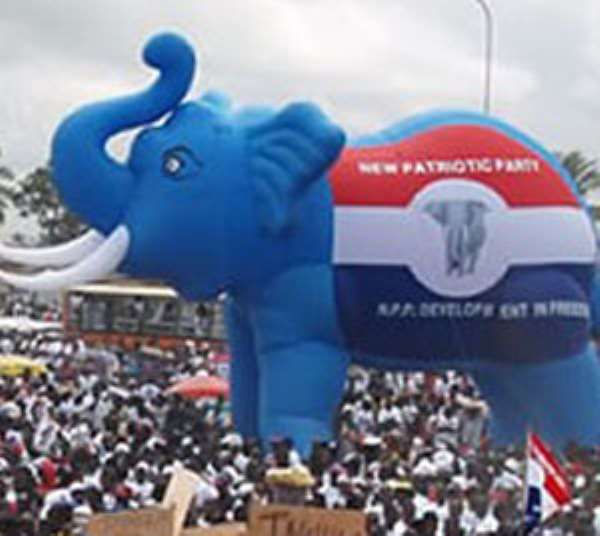 We are concerned about the current issues bothering on the direction and organization of the New Patriotic Party (NPP) towards the 2016 general elections. Since NPP is an important stakeholder in the fourth republican dispensation, its internal organization and management is of paramount importance to Ghanaians and indeed the world at large. We the members of the DOMBO ADVOCACY FORUM, an affiliate of the New Patriotic Party have followed with keen interest the discourse on the direction of the party just after the election petition and wish to make our voices heard by all and sundry.

We wish to express our heartfelt gratitude to the entire membership of National Executive Committee (NEC) on the outcome of their Thursday 3rd October 2013 meeting at the National Headquarters of the party. In fact, we were all worried with the heated debates prior to the meeting especially on a circulated proposal that sought to defeat the very principles and values our great tradition hindered on. We acknowledge the press release by the Deputy General Secretary, Mr. Abdulai Fuhlanda, which was very explicit on the dismissal of some of the propositions outlined in the said proposal; thus the imposition of the sitting Members of Parliament on constituencies and the extension of the mandate of the current executives, which are clearly against some provisions in the party's Constitution as amended in 2009.

· We have also heard and read from top party officers about proposals to introduce a Top-Down approach in the election of party officers, where we shall elect the flag bearer before the other officers of the party. The Dombo Advocacy Forum wishes to plead with the National Executive Committee (NEC) to reject such a proposal as it seeks to build the party around individuals rather than the collective principles and values established since 1947. This move is alien to the rank and file of the party and will breed division. It has the potential of deepening factionalism in the party and preventing party loyalists from coming on board future campaigns.


· We are calling on our leadership to come out with guidelines for the election of leaders from the polling station to the National level. Clearly stipulated rules of engagement will eliminate bickering and minimize factionalism in the party. We must promote an environment where losers will be ready to come on board any campaign train.

· We take this opportunity to call on all blue party members to cultivate the principle of sacrifice, as one of our founding Fathers Simon Diedong Dombo a.k.a SD Dombo, exhibited during the formative stages of our tradition where he willingly ceded power to Dr. Kofi Busia who was much younger in parliament. We must win the 2016 general elections to restore hope to the Ghanaian and improve their economic conditions as witnessed during the Busia and Kufour era.

This can only be achieved when party faithfuls are prepared to sacrifice their personal interest for the collective good of our party and country. Let's all remain calm and contribute to the organization of the party now from polling stations, constituencies, regional and national. Dissenting views must be welcomed and respected, and we call on the youth of our party to protect the interest and image of our great party.

NPP Shall Live!
God bless us all!