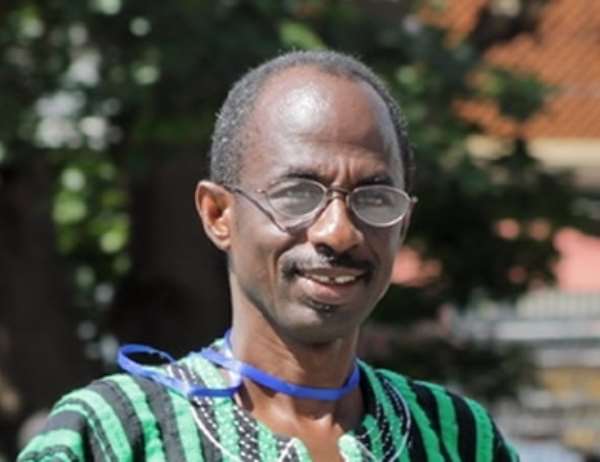 As a mass social democratic party, the National Democratic Congress is taking steps to ensure that political power and decision — making evolve from their rank and file.

In pursuit of this objective, the National Executive Committee (NEC) of the party has taken a firm decision to work towards scrapping the Electoral College completely and implementing a universal membership sufferage.

This will ensure that every card — bearing member of good standing will have the opportunity to participate in the selection of the party's candidates by voting directly in their respective polling stations where they are members.

Explaining key electoral policy reforms soon to be implemented by the party, the General Secretary of the party, Mr Johnson Asiedu Nketia, told the Daily Graphic that 'when it comes to primaries, after filing of nominations, the party would open the polling stations on the voting day so that NDC party members would queue and be verified to cast a vote for their preferred candidate.

At the end of the day, Mr Asiedu Nketia (aka General Mosquito) said that 'the one who will emerge a winner will have the confidence that he has the support of the members of the party at the constituency level and the losers  will have a clear message that the whole constituency had decided that it is not their turn.'

He disclosed that this would be replicated at the presidential and parliamentary levels, saying 'If we are able to get the reforms through, we will have addressed the challenges associated with the existing Electoral College system in a more comprehensive manner; we are not expanding the Electoral College but we are scrapping it. So it is different from the approach by the New Patriotic Party.'

Electoral College
Sharing some background, the NDC General Secretary recalled that all the major political parties had used the electoral college system to select candidates since 1992 but pointed out that over the years, some of the shortcomings and challenges of the electoral college system had emerged and by conduct all the major political parties had come to the conclusion that something must be done to address these challenges.

Principal among the challenges, Mr Nketia noted, was candidates' ability to influence delegates through material means.

'We have heard of stories of candidates paying money, sharing mobile phones, wax prints and camping delegates at hotels, all in an attempt to win votes,' he argued.

He said that the New Patriotic Party (NPP), in seeking to address this in the 2012 election, resorted to the expansion of their electoral college.

'At that time people agitated for the NDC to copy NPP; but the National Executive Committee of the NDC took a decision that the challenges associated with the electoral college system remained the same; whether there was expansion or not,'

According to Mr Nketia,  when the NPP decided to pick more delegates, the delegates issue still remained and it was still the responsibility of constituency and regional executives to select the delegates, so it did not address the challenges and indeed in the 2012 polls, NPP parliamentary primaries suffered the same challenges.

'Even in our immediate past 2012 election results, John Dramani Mahama won in some 15 constituencies  where the NDC parliamentary candidates lost because of 'skirt-and-blouse' voting. It all emanated from the electoral college system,' he stated.

Electoral Reforms
According to Mr Asiedu Nketia, in preparation for the NDC electoral reforms, two major activities are going on within the party. The first is to register all NDC members with a biometric system, which means existing party cards would be scrapped and biometric ID cards issued.

He said that the Bio-Metric Database Implementation Committee, under the chairmanship of Mr Ofosu Ampofo, was already working and on completion the NDC would have a central database of all its members to avoid infiltration and to ensure easy verification at the point of voting.

The second activity, Mr Nketia said, was the ongoing revision of the party's constitution.

Under Mr Ken Dzirasah, the committee has submitted proposals which have been sent to the constituency for their input.

'We are currently at the stage of preparing to do nationwide fora to hear out the party rank and file. We need to do all these things before congress date, which by our constitution is early next year.'

Founder's call for reforms
In the view of Mr Asiedu Nketia, it was against this background that the party welcomed the call by the party's founder, former President Jerry John Rawlings, for every party member to rise up and support the reforms.

'It is good it is coming from our founder. It is true we are doing reforms. Founder is helping to sell the reforms to the masses of the party. For reforms of this nature, you need everybody's voice on board. The founder has, therefore, made a brilliant contribution to the issue.'

Special message
'I want to encourage our rank and file to support the reform  so that we will have a well-functioning party which is capable of undertaking all the activities that a party should, including political education, grooming of future party leaders, policy debates and to support national  development,' he told the Daily Graphic.

He said party members should, therefore, endeavour not to allow the party to remain an election machine, which is cranked up for election every four years.