MDG 5 Under Threat In Northern Region 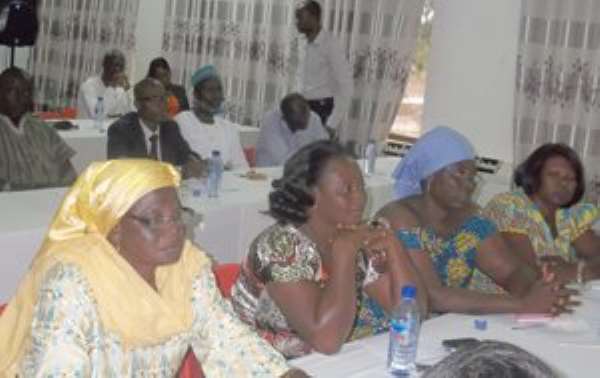 Maternal mortality has not declined consistently in the Northern Region and the progress towards MDG 5 is sluggish, according to Dr Solomon K Gumanga, an Obstetrician and Gynaecologist of the Tamale Teaching Hospital.

Speaking during a round table discussion organized by the Tamale office of Centre for Democratic Development (CDD) under the theme: 'Maternal Mortality in Ghana, the Case of Northern Region and the attainment of Millennium Development Goal 5,' he stated that the region risked being left behind.

He mentioned the rest as poor management of labour in some health facilities, the use of dangerous substances to terminate unwanted pregnancies, use of harmful substances by women during pregnancy and in labour, lack of emergency preparedness in health facilities and the lack of equipment and space for monitoring very ill patients, among others.

Indirect maternal deaths  he emphasized were due to anaemia, viral hepatitis  and its complications, HIV/AIDS, malaria, cardiovascular disease, sickle cell disease, meningitis, which he disclosed contributed to about 33 percent nationally in 2010 and 28.8 percent  at Tamale Teaching Hospital alone.

He added that complications in the Northern Region were largely due to delay before first reporting to a health facility or delays that occur within the health delivery system between the peripheral health facilities and the Tamale Teaching Hospital or other hospital receiving referrals from the lower levels.

Maternal deaths as a problem at both the national and local levels, he noted, underscored the need for various stakeholders to remove social, cultural and economic factors that caused women not to seek health services where they were available through education.