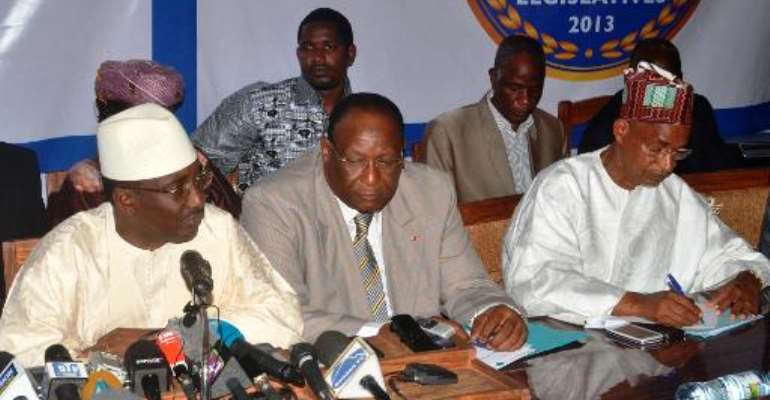 Conakry (AFP) - Guinea's ruling party is leading in the first parliamentary polls in over a decade, provisional partial results showed late Sunday, amid calls for the elections to be annulled over "fraud".

According to data issued by the Independent National Electoral Commision (CENI), President Alpha Conde's ruling Rally of the Guinean People (RPG) party has secured 16 out of 38 single-seat constituencies following the vote on September 28.

The main opposition party UFDG has won 12 seats, while the UPR obtained two and the UPG one.

In all, 114 seats were up for grabs in the troubled west African nation, with the other 76 seats allotted by proportional representation.

But all three opposition parties have called for the elections to be annulled, alleging that the vote had been tarnished by widespread fraud.

The opposition coalition claims the polls were marred by a string of irregularities, including ballot stuffing, voter intimidation and minors casting votes.

Controversy has stalked the polls, which have been dogged by a series of delays.

They should have taken place in Guinea within six months of the swearing in of Conde in December 2010, after his election the previous month in the first ever democratic vote for a head of state in a nation ravaged by political, military and ethnic violence.

However, the vote was pushed back with opposing factions unable to agree on how it should be staged, leaving the role of parliament to be played by an unelected National Transitional Council.

The last parliamentary elections in Guinea took place in June 2002 during the dictatorship of General Lansana Conte, who died in December 2008 after 24 years in power.