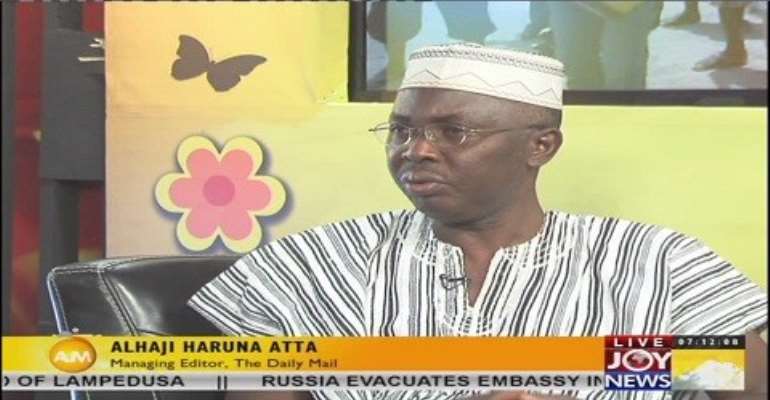 The managing editor of the Accra Mail, Alhaji Haruna Atta is the latest to join in the campaign against corruption in the country; but of course with a different twist.

According to him, the most efficient way of addressing corruption is to give it less attention “When it comes to the issue of corruption I think am in the minority, because I don't think it's a priority.”

Speaking on the AM SHOW, on MultiTV, Alhaji Haruna Atta said people must rather be empowered to become more creative in order contribute to nation building rather than making so much noise in the fight against corruption.

He said, “We must put in place, first things first, for me it should be a 100 % tolerance to creativity and zero tolerance to corruption, corruption only happens when people are not creative enough. ”

In response to the Progressive Peoples Party demonstration against corruption in the country, he said though the constitution gives them the mandate to go on demonstration, making so much noise about it deepens the canker and make it more part of the society.

However he called for stringent measures to be put in place to deal with recalcitrant citizens and people who break the law.