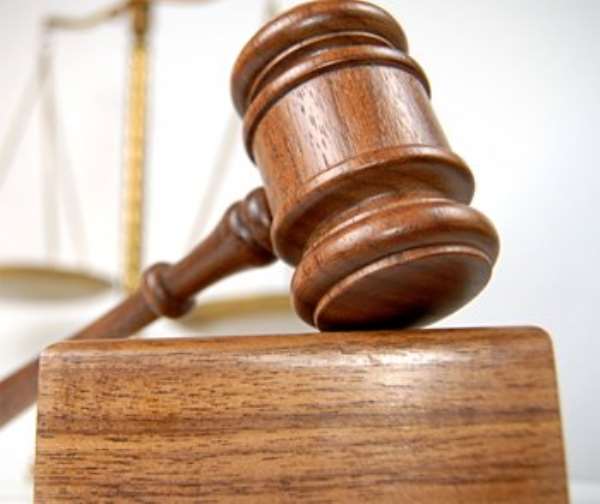 In a writ filed at a Sekondi High Court, Mr. Hammond stated that he was employed by the aviation company about four years ago as a maintenance assistant.

He noted that he was engaged to work on aircraft, particularly helicopters at the Takoradi Airport and was paid GH¢646.00 per month.

He stated that some time ago, the aviation company imported a helicopter towing tractor into the country, stressing that the company started using the tractor at the Airport even though it was not licensed or registered.

'When I enquired why the tractor had not been licensed before use, the officers asked me to mind my business,' he stated in his statement of claim to the court.

Mr. Hammond alleged that somewhere in January 2013, he was instructed to drain the fuel in a bouser tanker that supplied fuel to the helicopters and sell the oil in the tanker in town and bring the proceeds to the company.

'While we were draining the tanker, some Air Force personnel became aware of the operation and so I was arrested and detained at the Air Force base,' he added.

He noted in the writ that after the incident, one Jean Francois, an Aviation Engineer, went to the Air Force base to inform the personnel that he (Hammond) was instructed by the company to drain the aviation fuel from the aircraft.

The plaintiff said Mr. Francois was told that the company would be prosecuted if they continue their activities.

He alleged that due to the fact that he constantly drew the attention of the Aviation Company to the happenings, he was pencilled for dismissal.

The former worker of the Aviation Company stated in his writ that as a result of the noise caused by the aircraft, he developed some defects in his ears and asked that he should be sent to a doctor to diagnose his ailment for treatment, but to no avail.

He mentioned that the company later gave him a letter terminating his appointment and so he asked his solicitors to write to the company to arrange for him to see a doctor for treatment, but the plea was treated with contempt, hence his decision to take legal action against the company.