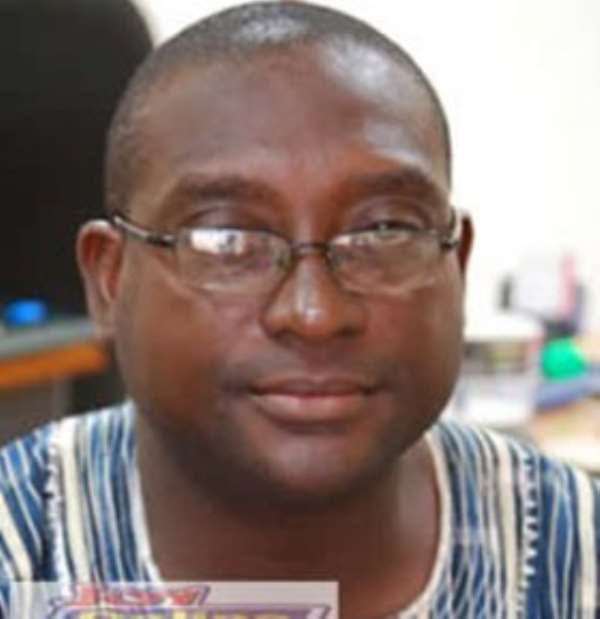 The decision of the former Deputy Communication Director of the New Patriotic Party (NPP), Mr. Yaw Buabeng Asamoah, to contest the General Secretary position of the party appears to have caught lots of interest amongst functionaries of the party in the Ashanti Region.

Mr. Buabeng Asamoah's visit to the region, and his subsequent interview with various radio stations in the city, has endeared him to most party supporters, who express satisfaction with his intention to contest for the position.

As the competition gets keener, with various party personalities lobbying for positions, there have been calls for the selection of candidates who exude confidence and cut across factionalism, in order to ensure the stability and unity of the party.

Last week, various potential candidates pitched camp in the Ashanti Regional capital, holding various meetings and granting interviews with media houses to market themselves to the delegates and enhance their chances of winning.

One of the positions that political pundits have envisaged for a hot and keen contest is the General Secretary's position.

Checks by The Chronicle indicate that three party personalities have made their intentions clear to contest that position. They are Yaw Buaben Asamoah, Kwabena Adjei Adjapong, and the incumbent Kwadwo Owusu Afriyie, all from the Ashanti Region.

The potential candidates reportedly had consultations with party elders, serial callers, and other functionaries in the region, which has the largest number of delegates.

Speaking in an interview on Hello FM on Saturday, Mr. Buabeng Asamoah made a strong case for his contention, touching largely on the need for a revival amongst the support base of the party, after the unexpected verdict of the Supreme Court.

The NPP Legal Spokesperson intimated that the time had come for the party to avoid the divisive tendencies that perennially tear it apart anytime there is an internal competition, stressing particularly on the so-called unfortunate rivalries amongst various camps within the party.

He, therefore, parried a suggestion from the host of the programme, King Edward, that he belonged to a particular camp, explaining vividly that he “belongs to the NPP and is always on the side of the delegates, nothing more, nothing less.”

In the affirmative, he indicated that he worked with the first flagbearer of the NPP, Professor Adu Boahen, in 1992, and later became the Coordinator for the foundation for the Coordinating Council for Tertiary institutions (CCTI), which later become the Tertiary Education Students' Confederacy (TESCON) of the NPP.

He, again, opined that he had working stints with almost every stalwart of the NPP since its formation, and that his core mandate, as a would-be General Secretary, is to position the party for victory 2016, with a clear all-inclusive agenda and putting smiles at the faces of the party grassroots, and Ghanaians at large.

Serving as a Governance Consultant, he worked under the direction of the Chief of Staff directly under H.E. Agyekum Kufuor. He again worked with the Vice President, H.E. Aliu Mahama, as his special aide, and later the Campaign Coordinator of Aliu Mahama's 2007 flagbearer ticket for the 2008 elections.

At best, Aliu boy would be the best description, because Aliu Mahama was the person he worked for, and first coordinated his campaign as a flagbearer in 2007, he added.