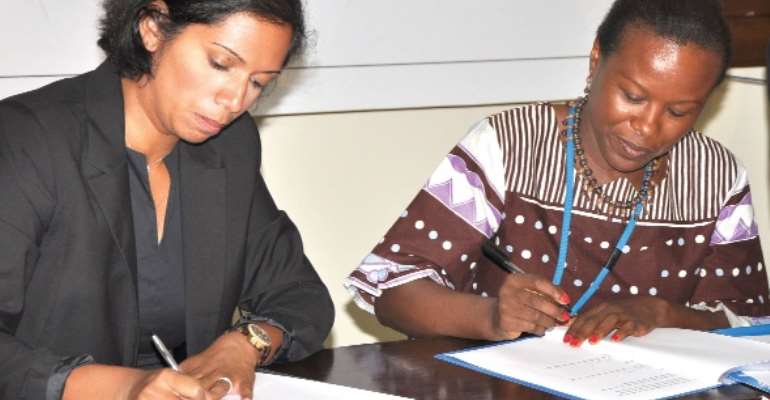 The Department for International Development (DfID) of the United Kingdom and the United Nations Children's Fund (UNICEF) have joined forces to support Ghana's fight against malaria, with the DfID providing $1.8 million towards that cause.


The DfID will provide the money over a period of two years for a behaviour change programme by UNICEF to encourage families to sleep under long-lasting insecticide nets (LLINs) at all times.

The aim is to bridge the gap between ownership and use of bed nets, while establishing a social norm that ensures that people proactively purchase, use and replace their LLINs when required.

Officials of the DfID and UNICEF yesterday signed an agreement in Accra, which was witnessed by officials of the National Malaria Control Programme (NMCP), for the joint programme.

Statistics on malaria
According to the Ghana Health Service (GHS), malaria is the number one cause of illness in the country, resulting in about one-third of all deaths in children under five years.

Following an intervention between the government and its development partners between 2010 and 2012 for an innovative bed net hang up campaign across the country, about 93 per cent of Ghanaian families now have mosquito bed nets.

The collaboration with the development partners in the implementation of the 'hang a net' campaign, using behaviour and social change communications interventions combined with the distribution and physical hanging of nets, was highly successful.

The latest collaboration is, therefore, aimed at helping Ghana to meet the 80 per cent target of sleeping under LLINs by 2015.

Need to do more
The Head of Human Development and Social Protection Team of the DfID in Ghana, Ms Charlotte Pierre, said although strong progress had been made in the fight against malaria in the country, there was the need to do more.

'Behaviour change is a gradual process but with good communications strategy, we should be able to build a net culture among the general population in Ghana, and bed nets will eventually become part of every household,' she said.

The UNICEF Representative in Ghana, Ms Susan Ngongi, commended the DfID for the support.

'I am very optimistic that by the end of this two-year partnership, we would be closer to achieving the national target on LLINs if a majority of Ghanaians continue sleeping under LLINs every night,' she said.

A medical entomologist at the National Malaria Control Programme, Dr Aba Baffoe-Wilmot, said a lot of progress had been made over the years, given the fact that in 2003, ownership and usage of bed nets were abysmal.

She said the NMCP was targeting pupils in primary school and pregnant women for free distribution of bed nets.

'We will do everything we can so that anybody who wants a bed net will definitely sleep under it to achieve the target we set for ourselves,' she said.

Dr Wilmot said the distribution and use of LLINs had helped to reduce malaria in the country, adding that infant mortality had been reduced from about 12 per cent five years ago to about 0.6 per cent currently.