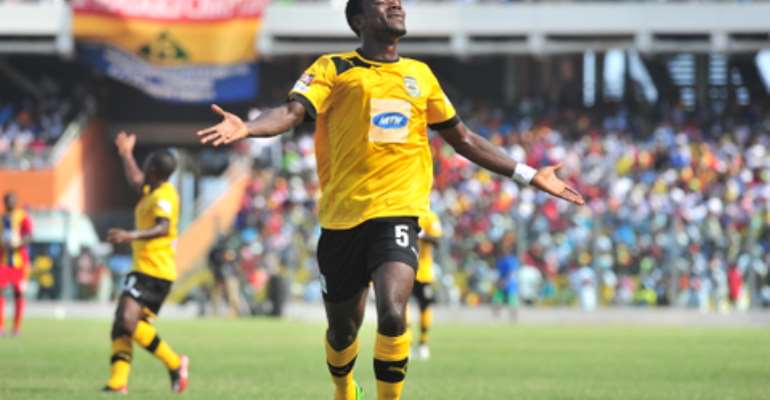 Home-based players were considered not good enough to be in the final 25-man squad ahead of the crucial first leg tie against the Pharaohs on October 15.

The decision has angered many local fans who feel there are enough quality players on the domestic scene to merit a place in the squad.

The unavailability of defensive quartet – Harrison Afful, Jonathan Mensah, Isaac Vorsah and late injury to John Boye has left Kwesi Appiah scouring for a replacement which is not even forthcoming.

Media reports have even suggested South African-based midfielder Edwin-Gyimah is being lined up to replace the Stade Rennes centre-back- a potential decision which could spark massive fury among many fans.

But the country's tough-talking deputy sports minister, Joseph Yammin, claims the absence of locals in the team is an indictment on the domestic league.

“We are looking at quality of players for the national team, so if we have no local player called up for the Black Stars at this particular point in time then this calls for a lot of improvement in our local league,” Yammin said

“As it stands now these are the players the coach feels he wants to use and you can mean it any form that you want but it clearly shows how unattractive our local league is.

“A player like Mahatma Otoo was our top scorer last year and I think he should not have left the country to play abroad so soon but I believe he left because of the state of the league we have here in Ghana so this clearly tells you how much work needs to be done if we want call ups of local players into the senior national team.”

The local league boasts of many talented players including Hearts duo Winful Cobbinah and Owusu Bempa as well as Kotoko's defensive pair of Abieku Ainooson and Kwabena Edusei.

There are also goalkeepers Foli Adade, Isaac Amoako as well as Medeama striker Godbless Asamoah and Yahaya Mohammed amongst many others but have all been overlooked for the crunch game.