Heavy security at Diaso after one died, others severely injured in chieftaincy clashes 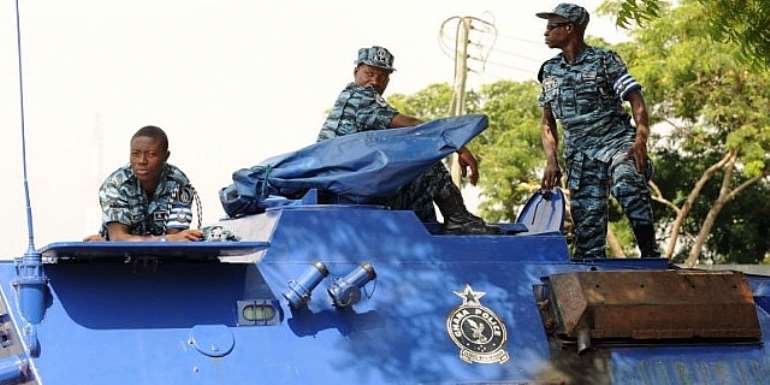 There is heavy police presence in Diaso in the Dunkwa-On-Offin District of the Central region following bloody clashes between two royal families Monday.

One person died and several others were left with various degrees of injury in the clashes.

The violence was sparked by disagreements between two royal families over the right to install a new chief for the town.

Earlier today, police foiled an attempt by some youth of the area to burn down a local palace.

Joy FM's Central regional correspondent Richard Kojo Nyarko who has been following the developments reported that there was uneasy calm in the town.

He said the decades old chieftaincy dispute resurged earlier this year when one faction decided to install a rival chief raising tension in the community.

The dispute over which faction is the rightful successor to the throne ended up in court which ruled in favour of the Asona family, Kojo Nyarko reported.

Meanwhile, the Regional Police Commander DCOP Ransford Ninsin, who was on his way to the town, told Joy News the situation there was 'relatively calm'.

He said the chieftaincy issue had been raging on since 1947. He said after a High Court ruled in favour of the Asona family, the Ahenie faction took the matter to the Regional House of Chiefs and an injunction was placed on the installation of a chief by both sides. But the Asona faction who won the court ruling insisted on installing a chief for the town.

DCOP Ransford Ninsin said his advice to them to hold on until October 2, for the House of Chiefs to decide on the issue was disregarded, which resulted in the latest clashes.

Meanwhile, about 50 police personnel have been deployed to the town to maintain law and order, he said.