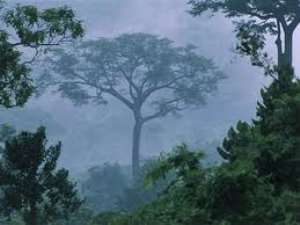 A global alliance of movements, activists and NGOs has declared the month of October and early November as a 'Global Month of Action on Energy' to 'Reclaim Power' over climate change.

The month will see international days focused on dangerous and harmful energy sources as well as promoting the requisite community renewable energy solutions.

This comes on the heels of the UN's Intergovernmental Panel on Climate Change's latest report that confirms climate change caused by human emissions is not only happening but accelerating, with devastating consequences for both people and the planet.

"The IPCC has confirms what many millions of people in the developing world are already well aware of, namely that the weather patterns have already changed for the worse. People in richer countries are vulnerable too, as recent floods, droughts and storms in Europe, North America and Australia have shown, but because of political inertia and powerful vested interests that have dominated media narratives for decades, they are less aware of the links between these impacts and their carbon emissions,' says Dr Saleemul Huq, senior fellow in climate change group of the International Institute for Environment and Development (IIED).

The landmark report by the UN's climate panel says scientists are 95% certain that humans are the "dominant cause" of global warming since the 1950s. On the ground, in the air, in the oceans, global warming is "unequivocal", it explained.

Protests against dirty energy companies in South Africa and Bangladesh coinciding with the release of the report, demonstrating growing public outrage at failed, dirty and harmful energy systems, particularly in light of the latest climate science.

The alliance is united to announce that the energy transformation begins right now.

"All around the world people are rallying to respond to the climate emergency. We are harnessing our knowledge, our vision, our will, our compassion, and our solidarity - to fight climate change and its causes, and to build solutions that work for people and don't destroy the planet," the Reclaim Power call to action says.

"The energy sector is the largest and fastest growing contributor to climate change globally -- 35% of all human GHG emissions come from this sector," the call says. "Yet there are more than 1.3 billion people with no access to electricity, and many more with barely enough. It is a great injustice that current energy systems are bringing grave harm to people and the planet."

The call concludes that "in various part of the world, people are proving that these alternative energy systems are possible and feasible, defending their right to build these systems, and giving us hope for our future".

Close to 20 international organisations issuing have committed to taking action over the month include the Pan African Climate Justice Alliance (PACJA).

Mithika Mwenda, General Secretary of PACJA, has noted that people living in poverty are the consequences hardest. 'When food production and water availability decreases, weakening public health and people's everyday lives dramatically affected, hampered not only the UN's work for poverty reduction - the progress achieved so far risk being wiped out'.

According to him, mankind's two biggest challenges - poverty and the rapid warming - are tied; 'And to achieve the UN Millennium Development Goals, which will create conditions for sustainable global development and a better world, the world must tackle both problems simultaneously'.