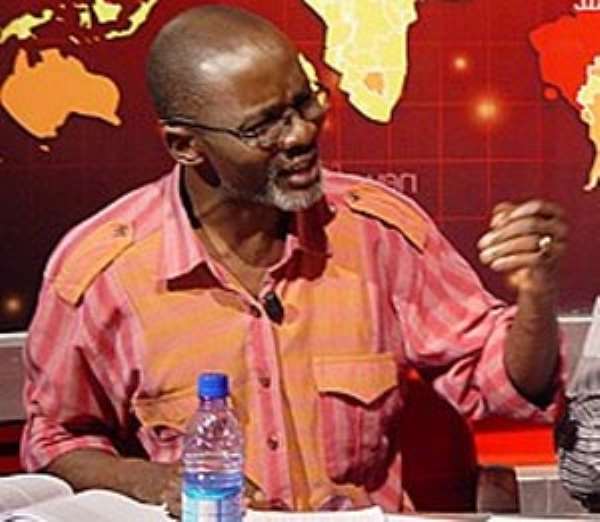 Downing Street emails detailing the infighting, first, within Tony Blair's own camp and between that camp and the Gordon Brown camp for the leadership of the party in 2006 have been released, with the source of the leaks saying he has done so to remind Britain's main opposition party 'of the dangers of factionalism.'

The leaks are timely because another infighting is brewing up between the latest leadership camps within the Labour party, the Ed Miliband camp and the Ed Ball camp. But, what this tells us is nothing extraordinary. It tells us that infighting is only natural in the democratic dynamics of internal party politics.

There shall always be camps so long as there are positions to contest and fill. The key issue is to make the party leadership battle as less bloody as possible so that the wounds may be merely superficial -- early to heal, early to regroup.

Writing in London's Guardian newspaper last Friday, the source of the emails, Benjamin Wegg-Prosser, who at the time was Director of the Strategic Communications Unit at No. 10 Downing Street, said something with which both the New Patriotic Party and National Democratic Party in Ghana are very familiar.

He said, 'The sheer emotional energy these scrapes consumed does not reflect well on any of the participants - me included. Everyone who participated in them, from ministers, MPs, advisers and many more civil servants than is ever acknowledged, should reflect on what else could have been achieved when we weren't fighting.'

Again, this week, Gordon Brown's spin doctor at the time, Damian McBride released his memoirs, 'A Decade of Policy, Plots and Spin', which describes the intra-party atmosphere of 'rivalry, distrust and sniping' that left gaping wounds which contributed immensely to Labour party losing power to a weak Conservative Party that could only form a government in coalition with an even weaker Liberal Democrats in 2010.

Factionalism in NDC
In 2000, factionalism in the NDC played up fatally to make the party less attractive to the electorate. The imposition of Prof John Atta Mills on the party at the time, combined with two other damning factors, economic mismanagement and incumbency fatigue, influenced voters to bring the Danquah-Dombo-Busia tradition back into office after nearly three decades in the wilderness.

Fast-track to 2008, and this time, a combination of economic crisis, incumbency fatigue and factionalism, pushed a reluctant electorate to change government. In 2008, the New Patriotic Party lost power with the slimmest of margins in the history of presidential elections in Africa. The party knows that a big part of that defeat was caused by factionalism. It was as if, one camp was saying, 'Ok, you say you've beaten us, try and win it by yourself and let's see.' With the other camp retorting, 'We beat you in spite of all your powers. We can win power with or without your help. Thank you very much!'

After two successive election defeats since the bitter presidential primaries of 2007, there is a growing concern that the end of the 2012 presidential election challenge in court has seen the reawakening of the ugly head of factionalism from whatever half-sleep it was in. But, how real is this? I have my doubts.

It is very true that the bloody battles of 2007 mock war of a presidential primary saw the NPP approaching the real battlefield of 2008 with flesh wounds still fresh, in spite of conscious efforts at the top to apply plaster.

The 2010 primary, which saw Akufo-Addo receiving nearly 80% endorsement from the 107,000 delegates, made it obvious that the divisions were, to a large measure, exaggerated. The NDC was itself facing a more public feud with the Rawlingses snatching ferociously at the heels of the man who promised to hit the ground running only to hit it so hard that he merely ended up tearing ligaments.

Today, as the cycle of internal competition goes, the tables have turned on the NPP again. President John Mahama certainly has his own baggage of internal problems, but so long as he still has a lot more boards and ambassadorial vacancies to fill, the voices of NDC discontent shall remain sotto voce - below Oman FM level.

No Crisis
There is no crisis in the NPP. In fact, what is happening now is very normal with politics everywhere. Vacancies are opening up and there are competent people readying to position themselves to fill them or to promote their people to contest.

Also, time has blurred the lines of the old factions and it can no longer be said that there is a clear struggle for power between an Akufo-Addo camp and a Kufuor/Kyerematen camp. Such are the dynamics and fluidity of internal democracy that sometimes what keeps the flames of old factions alive is half perception and half a search for belonging for some individuals.

Some people are only waiting to be made to feel welcome and a critical part of the whole. It calls for a delicate but sincere stretching of hands and embrace. It calls for effective communications across perceived lines of internal friction.

Joinder of Forces
This is what the party, especially those who consider themselves 'extra-loyal' to Akufo-Addo, must recognise and work on. Much of what is happening right now in the NPP can be reduced to self-indulging punch-ups with kid gloves. All sides have a responsibility to regulate the rules of this engagement to ensure civility, opening the way for a joinder of forces.

It is obvious to every Ghanaian that Akufo-Addo still enjoys support from a large majority of the party.  So, it is only natural that this popularity is reflected at every echelon of the party leadership, too -- from the constituency level upwards. It is this that is fueling suspicion-fed tensions and anxieties among those seeking to contest incumbents at all levels (including the flagbearership). And, we must appreciate and respect the feelings of such people.

They have a responsibility to their individual and cliquish ambitions to ensure that the playing field is as level as possible. But, in pushing for what they see to be fair, they should also allow their thinking to be influenced by the superior aims of the association (the NPP) and endeavour to see things in their greater, ultimate objective, for the collective interest of the party towards the main object of political parties: which is to win power.