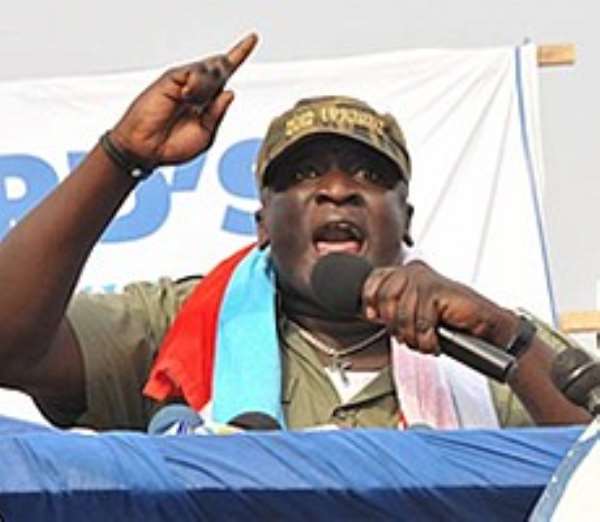 The immediate Past National Youth Organizer of the New Patriotic Party (NPP), Anthony Abayifa Karbo has described the state body charged with determining utility prices in Ghana, the Public Utilities Regulatory Commission (PURC) as “useless” accusing it of woefully failing to discharge its duty efficiently.

It was established to regulate and oversee the provision of utility services by public utilities to consumers and to provide for related matters. But many have expressed disappointment at the work and functions of the commission since its establishment.

In the wake of the widespread disappointment with the PURC, a group calling itself Mass Action Committee (MAC) has vowed to lead a series of nationwide demonstrations against the utility regulator, government and utility service providers in the country.

Convener of the group, Anthony Karbo told listeners of Adom FM's Dwaso Nsem morning show on Tuesday that the Mass Action Committee is a group of allied forces across the various political parties and civil society organizations with the aim of fighting to better the welfare of the ordinary Ghanaian.

The Public Utilities Regulatory Commission (PURC) last week began justifying a proposed utility tariff increment as realistic, despite consumers' concerns that a 150% adjustment will be hard to bear.

The PURC insists the adjustment is long overdue; the last time any increment was announced was in 2010 and since then, the cost of doing business has shot up. This means companies need to balance their books in order to attract investments, Nana Yaa Jantuah, Public Affairs officer of PURC defended.

Anthony Karbo declared that the Mass Action Committee would do everything possible to resist “this draconian, astronomical tariff adjustment which has the potential to further impoverish the ordinary who are already burdened and are reeling under harsh realities of the economy.”

Mr. Karbo expressed disquiet about the way the Electricity Company of Ghana in particular is being run, citing a recent World Bank report on the matter, and called for a total overhaul of its operations.

Anthony Karbo revealed that the Mass Action Committee has started doing advocacy across the nation in order to “mobilize one of the most attended demonstrations in the history of Ghana.”