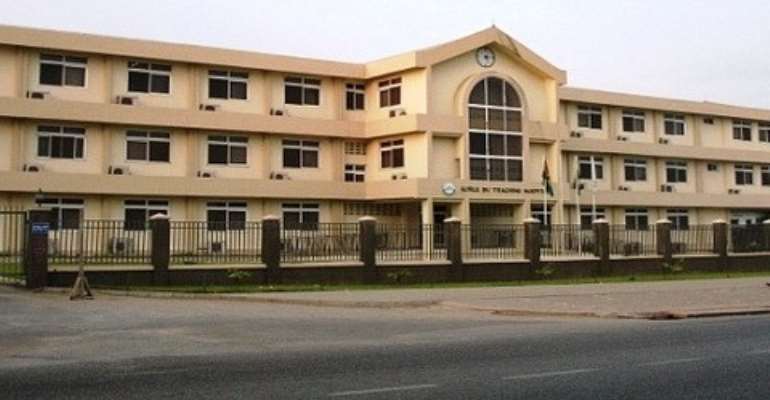 The Acting Chief Executive of the Korle-Bu Teaching Hospital is defying an order by the Chair of a Parliamentary Committee, asking the Hospital to stop charging patients unlawful service fees.

Rev. Albert Okpoti Botwey insists, Korle Bu will only withdraw the charges upon instructions from the Ministry of Finance and not Parliament or any individual for that matter.

Korle Bu has for a week now introduced new service charges for patients seeking healthcare there but Chairman of the Parliamentary Committee on Subsidiary Legislation, Mr Osei Bonsu Amoah says, the rates are illegal and unconstitutional.

According to Mr. Amoah a Legislative Instrument (L.I), seeking the new rates, was laid six days before Parliament went on recess and that Parliament would resume in the last week of October, 2013 after which the 21-day mandatory period for it to mature.

Mr Amoah, who is also the New Patriotic Party (NPP) Member of Parliament for Akuapem South, told the Daily Graphic newspaper, it was a clear indication that “it is left with 15 sitting days for the L.I. to mature. In any case, Parliament can annul the said L.I. before the mandatory 21 days elapses.” He said it was therefore illegal for the hospital to start charging the fees.

The management of the Korle Bu Teaching Hospital admits misunderstanding the Parliamentary procedures and miscalculating the days.

It, however, said that since Parliament would eventually approve of the fees, it would not suspend the implementation of the new fees.

Speaking on the Super Morning Show on Joy FM, Wednesday, Rev. Okpoti Botwey said the Hospital did not take the decision on its own, stressing that management sought approval from the Ministries of Finance and of Health.

He however said they cannot revert to charging old rates since the facility is already in financial distress and needed the funds to "keep the centre holding until further notice".

"It is not our attitude to be disobedient to laws...we are doing what we think can take care of the interest of the patient and now, until all those things are rectified.

"If my minister says I should do it [withdraw new charges], I will do it but not just anybody just expressing his opinion somewhere saying that you must do this; otherwise Korle Bu will be directed by everybody.

"It is his [O.B Amoah] duty to raise objections and it is my duty to keep Korle Bu running...to make sure that the ultimate interest [of the patient] is sustained," the acting CEO maintained.