Did They Trick Us Into Smoking? 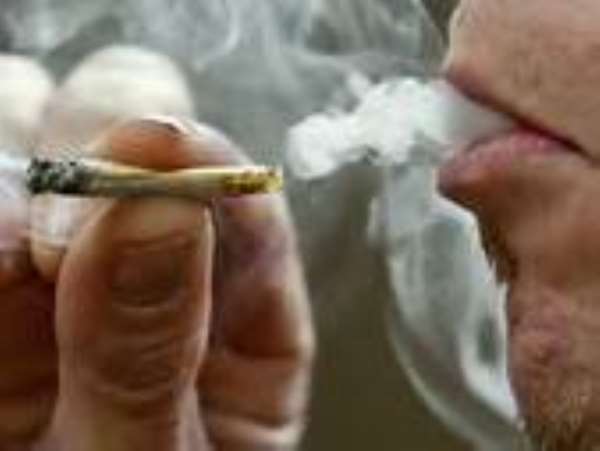 Most smokers would reply that no one tricked them into smoking. It was and has always been their sole decision to smoke. However, when one looks back it is not uncommon to see the different reasons why people, both young and old smoke. The common ones we all know: 'we need it to be part of the group; it makes us look cool; it helps keep my weight down; it relieves my tension; . the list is endless.

'I've asked him to stop smoking many times, but he says I will not understand how much tension he has. Do I not have tensions too? Should I also start smoking'? asks Moushami Mondal (name changed), who resides in a village in West Bengal. Anyone looking at this from the outside can see clearly how this vicious cycle continues leading to ill health, both physical and mental, and a series of effects which degenerate one's quality of life. The globalization of the tobacco epidemic has been greatly contributed by global marketing, rising trade within and across borders and foreign investments.

One often hears that, 'Tobacco thrills but kills'. The World Health Organization (WHO) claims that tobacco kills almost 6 million people globally each year, 600,000 of whom are non-smokers exposed to second-hand smoke. About 80% of the one billion smokers in the world live in low- and middle- income countries. According to the WHO Report on the Global Tobacco Epidemic 2013, out of 1.2 billion Indians, 14.6% of youth (13 -15 years of age) use tobacco with 4.4% of them being cigarette smokers while 9% of the youth indulge in smokeless tobacco.

14% of adults currently smoke tobacco while 25.9% use smokeless forms of tobacco. While the percentage of women using tobacco is lesser than that of men, this number has been on the increase in the last few decades, with 8.3% of girls in the age group 13-15 using tobacco currently. A much larger percentage - about 26.6% youth are exposed to second hand smoke in their homes.

The current direct costs of smoking is 1,195 million US dollars (about Rs. 750 crores), according to the 4th Edition of the Tobacco Atlas from the World Lung Foundation. This amount does not include the indirect costs due to loss of days of work, loss of days at school, out of pocket expenditure for medical management of lung and oral cancers, asthma, chronic obstructive pulmonary disease, hypertension, heart attacks, infertility and many other diseases known to be aggravated by smoking.

There are many consumer products in the market that may not be good for us, so what is all the fuss about? Why is the tobacco industry different? The reason behind this is - tobacco is the only legally available consumer product in the world, which kills people when used as intended - i.e. it is inherently addictive and deadly and cannot be used without risk, like other consumer products.

Review of internal documents handed over by some tobacco industries in the United States in 1998 show that producers in this industry knew that their product was addictive, harmful and potentially fatal, and yet they hid this knowledge from the public. The producers deliberately targeted young people with advertising and promotions and even relied on the illegal sale of cigarettes in most parts of the world.

According to Daouda Adam, Technical Advisor (Tobacco Control), International Union Against Tuberculosis and Lung Disease (The Union), Africa, who spoke with Citizen News Service - CNS: 'In Burkina, the tobacco industry has tried to weaken the legislation going through parliament; attempted to corrupt civil servants; and proposed counter and inefficient legislation via the Ministry of Commerce.

In Congo Brazzaville, they have tried to prevent effective public information on packs by proposing to the authorities warnings that can hardly be seen, never mind being read. In Chad the tobacco industry is very active and influences the government to keep prices of cigarettes low. In a recent study, published by Mercer, Chad is the 4th country in the world where cost of living is very high, even in comparison to Singapore. But the price of cigarettes is very low (one dollar) compared to Singapore (10 dollars)'.

WHAT IS THE FCTC?

Strategies to protect people around the world from the effects of direct as well as indirect smoking have been advised by the WHO through the Framework Convention on Tobacco Control (FCTC). The FCTC can prevent as many as one billion people from being killed this century if implemented well by individual governments. In a nutshell, the strategies have been called MPOWER which translates to: M-monitor tobacco use and prevention policies, P-protect people from tobacco smoke, O-offer help to quit tobacco use, W-warn about the dangers of tobacco, E-enforce bans on tobacco advertising, promotion and sponsorship and R-raise taxes on tobacco.

Till date, more than 174 countries have ratified the FCTC treaty pledging to abide by it and implement steps that will help tobacco control in the country and the world as a whole. WHO claims in its latest report that, more than 2.3 billion people, (33% of the world's population) are now protected by at least one of the MPOWER measures. 32 countries have passed laws completely banning smoking in all work and public places including public transportations.

While the law on health warning labels on tobacco products have been implemented by 20 countries in the past five years, and complete bans on tobacco advertising, promotion and sponsorship in 16 countries, the measure least likely to be implemented is the raising of taxes on tobacco products - only 14 countries and one territory with 166 million people have increased their tax to a level sufficiently high to deter people from buying the product.

WHAT HAS INDIA DONE SO FAR?

India has signed and ratified the WHO FCTC treaty. With the enactment of the Cigarette and Other Tobacco Products' Act (COTPA), in 2003, the country today stands at an average compliance score of 5 (where 0 is low compliance in a score of 0 - 10) in almost all categories of the MPOWER strategies. The Act, though good in letter, does not work to its fullest. A study shows that the Air Quality Index is poor in hookah bars in the city of Mumbai with the average particulate matter level at its highest at hookah bars in comparison to those public areas in which smoking was not allowed.

Also while nicotine replacement therapy items such as nicotine patch, gum, lozenge, spray etc. and medication which help de-addiction are sold legally in the country, health insurances do not cover the cost of the product. Smoking cessation support is available only in very few health facilities. A study done among interns and general physicians in Chandigarh showed that about 31.6% of the respondents were current smokers while 23.3% of them had stopped smoking.

Another study done in Mumbai also showed tobacco use among health professional students. This not only endangers the health of the users but also reduces their ability to deliver effective anti-tobacco counseling when they see patients. Also almost negligible formal training on tobacco cessation is given in health professional educational institutes.

Enforcement of direct/indirect bans on tobacco advertising, promotion and sponsorship has been weak and insufficient in the country. Although COTPA bans the sale and advertising of tobacco products within 100 yards of educational institutions, advertisements can still be found at telephone booths, tailoring and grocery shops which do not sell tobacco. This has an obvious influence on the sale of tobacco. While there is a ban on advertisements on national TV and radio, the law does not focus on cross-border advertising as such. There is no ban on the publicity of corporate social responsibility (CSR) activities by tobacco companies. Financial support to events, such as entertainment and bravery awards, by these corporates is allowed.

As of 31st July, 2012, India 'Raised taxes on tobacco', with the tax inclusive cost of a pack of the cheapest cigarettes rising from Rs.58 to Rs.98 per pack of 20 cigarettes. While this may be seen as a good approach to curb cigarette consumption, illegal sales with prices below the taxed amounts still continue. Meanwhile beedis continue to be sold at a price of about Rs. 6 for a bundle of 20 beedis as taxes on them have not been raised. Many who used to smoke cigarettes have now shifted to smoking beedis for this reason.

While the total excise tax on tobacco products amounts to Rs. 121 billion (apart from the revenue from tobacco sales), only Rs. 296 million is actually spent by the government on tobacco control. With the tobacco epidemic hitting the people of India in almost all age groups this amount is nowhere close to the government and out of pocket expenditure spent on tobacco related diseases. Much is required to deal with this deadly and addictive product that is friend to many.