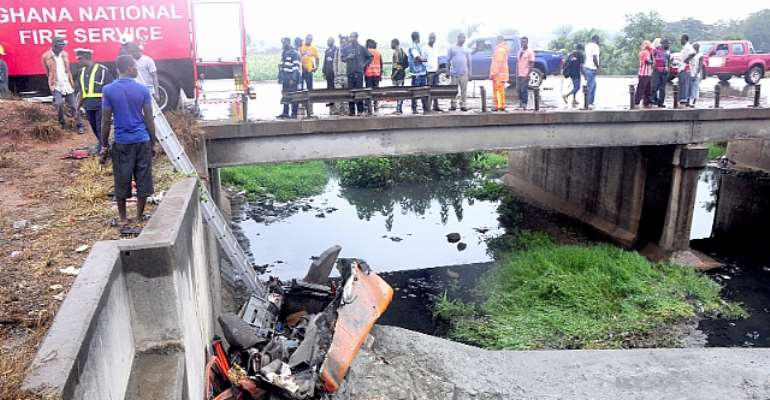 Two people died on the spot when a trailer with registration number GW 5457 W, loaded with cement, plunged into a ditch on the Accra-Tema Motorway, near the Ashaiman under pass.

The accident occurred around 4 a.m. yesterday, with the driver and his mate trapped in the vehicle for several hours before the GNFS and the police came to the scene.

Chief Inspector Stephen Tetteh, of the Ashaiman MTTD told the Daily Graphic that he got the information around 4 a.m. and quickly rushed there.

This created a heavy traffic on both sides of the motorway as personnel tried to remove the mangled trailer from the ditch.

Commuters on the road  had to wait for over three hours for the rescue team to conduct their exercise. As a result of the situation, some drivers tried to use unapproved routes.

Mr Emmanuel Asante, an eye witness, told the Daily Graphic that he got to the scene around 5 a.m. and saw the driver calling for help. He noted that he made calls to the police who quickly responded to the call.