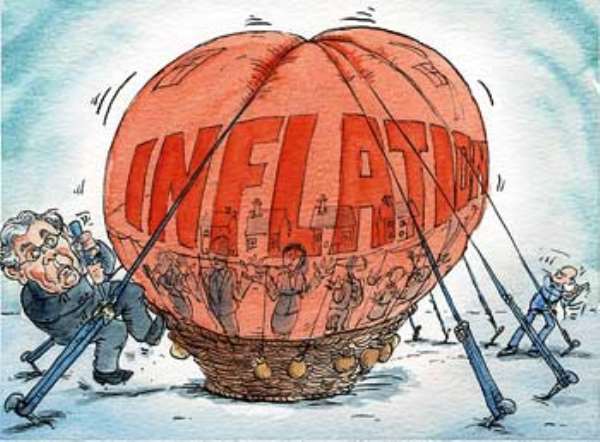 Hello!!! I am optimistic the first installment answered some of your many queries. Today, we move to the second installment. I hope you give it the same critical attention you gave the prequel, 'Response to My Critics(l)'. Let's go straight to today's conversation:

The political sociology of collaboration vis-à-vis the crimes of Holocaust, African and Jewish, also came up in your commentaries and critiques. Point of correction: While the 'Jewish Holocaust' included millions of Romas (originally derogatively referred to as Gypsies), German homosexuals, handicaps, and communists, the African Holocaust, the so-called 'Trans-Atlantic Slave Trade,' exclusively defined a search by white 'galamseys' for the gold of African flesh and the diamond of African soul in the fertile soil of African humanity. Of course, whoever says Africans were not involved, directly or indirectly, in the 'European Slave Trade' is dabbling in the shameful politics of Eurocentrism and historiographic illusionism.

Yet the proper intellectual questions of the extent to which Africans were actually involved, the size of African collaborators, and the initiator of the institution of slavery have not been taken up or adequately addressed by Eurocentric scholarship. And the reason is obvious: The calculated avoidance on the part of the West derives from political and psychological expediency. Financial implications from White public acceptance or acknowledgement of historical culpability in the political economy of slavery are yet another creative reason for conscious historiographic convolution and distortions on the part of the West.

Let's look at the other dimension of historical collaborationism in the commissioning of heinous historical crimes: It's no hidden fact that Jews collaborated with the Nazis in the 'Jewish Holocaust.' Where is the evidence? First Google the word "Judenrat" and read about it. Second, consult Lenni Brenner's "51 Documents: Zionist Collaboration with the Nazis," Hanna Arendt's "Eichmann in Jerusalem," Edwin Black's "The Transfer Agreement: The Dramatic Story of the Pact Between The Third Reich and Jewish Palestine," Norman Finkelstein's "The Holocaust Industry: Reflections on the Exploitation of Jewish Suffering," Hilberg's "The Destruction of European Jews," Hecht's "Perfidy," Nicosia's "The Third Reich and the Palestine Question," Medoff's "The Deadening Silence: American Jews and the Holocaust," and Bestic's "I Cannot Forgive."

Is it because the Africa Holocaust is the most heinous crime in human history? Randall Robinson once said on C-SPAN that the 'Jewish Holocaust' lasted only 12 years while African American slavery lasted 246 years plus an additional 100 years of re-enslavementvia Jim-Crowism? Does this explain why a combined effort by the African Diaspora and continental Africaled by Chief Moshood Abiola, Johnnie Cochran, Wole Soyinka, Randall Robinson, and othersto seek recompense, financial and otherwise, apology, say, was met with stiff rebuttal, even strong denunciation, from the West? Robinson's observation notwithstanding, history does not downplay what the Nazis did its victims. And as I said in one of my pieces 'Culture, Respect, and Development,' 'Jewish Holocaust' had its beginnings in the pre-Nazi 'Nama and Herero Genocide' of South West Africa, what is now Namibia.

So, you see why I said Jewish collaboration with the Nazis isn't a secret. But this is a taboo subject in America, I must add, unfortunately. Anti-Semitism is the usual charge, a serious social or political 'crime' in the 'politically correct' politics of America. Yet, to the best of my knowledge, no one publicly holds any Jew responsible for the Holocaust. Surprisingly, some American Jewish scholars use African complicity in the slave trade to argue against African American justifiable demands for reparations and public apology. This is another areathe politics of double standardAfrocentricity is challenging. See Tony Martin's 'The Jewish Onslaught: Despatches from the Wellesley Battlefront' for additional details!

Let's also look at the political economy of knowledge ownership (See Dr. Molefi Kete Asante's online article: 'Knowledge as Property: Who owns What and Why'): Remember most of the textbooks on slavery were/are written by white scholars as well as most of the textbooks on Native Americans. This is why the white worldEurocentrismexcludes the voice of AfricaAfrocentricityand the voice of Native Americans from the marketplace of historical ideas. For instance, many African and African American scholars can't seem to understand why Eurocentric scholarship refuses to include the African side of the slavery storyoral traditionsin the community of ideas. And who says only written records have historical validity? After all, didn't Homer's Iliad and Odyssey, the Bible, and the Koranowe their material existence to orature?

Wasn't it Chimamanda Ngozi Adichie who preached against 'The Danger of a Single Story'?' And if there are two conversational sides to every topical coin of history, why must one voice, Eurocentrism, monopolize them? Locally, even across the same plane of history, aren't there, for instance, multiple mythologies associated with the personality, birth, power, and social evolution of Okomfo Anokye, the great priest-philosopher and law-giver? Why does Eurocentrism, for instance, promote the historicity of Jesus Christ but ignores the historicity of Okomfo Anokye?

In fact, if historical Africans were better or more efficient colonizing salespersons than Europeans and also had had the gun of colonialism, wouldn't the great Okomfo Anokye, too, have attained identical global status as Christ? Isn't it our moral duty, therefore, as African peoples to promote Okomfo Anokye's constitutional ideas, humanity, and spiritual dignity, much as the West promotes Christ and his ideas?

Eurocentrism promotes a lot of unhealthy distortions. The continued stability of Africa's cultural psychology is at stake here. Here is one: It had even been claimed by a group of White American scholars in the mid-90s that the original inhabitants of America were aboriginal, not the Mongoloid ancestors of Native Americans, Japanese, a claim Native Americans unapologetically reject. Furthermore, Native Americans don't generally accept the fact that they came to America via the Bering Straits. In fact, they believe it's part of White psychology to de-legitimize their claim to autochthony on American soil. But that is the Machiavellian stock of Eurocentrism!

And remember, in one of my responses to your questions I used the word "particularity" in connection with the general definition of Afrocentricity. And I did that for a good reason! Afrocentric theorists, unlike Eurocentrists, designed the theory and consequentially deprived it of all pretensions to the elitist throne of universalism. In other words, Afrocentric theorists didn't want African ideas to come across as more important than or superior to others' ideas. Technically, they wanted to put the humanity of Africa on the same cultural and spiritual plinth as Asian and European humanities. This explains why some white scholars are warming up to the theory.

And there is yet another danger, a tricky one: Some of you also raised the question of Africa's disjoint from the inclusionary politics related to the social theory called the 'global village,' but how much of the world's economy and humanity Africa enjoys? In fact, Africans who have tried to get a fair share of the global pie, whether in the Americas, in Europe, in Australia, are tactically pushed or driven outto the periphery of non-African consciousness.

The American music industry, for instance, is heavily controlled by white patronage and official presence though black creative presence in terms of beat production, lyrics penmanship, choreographic or terpsichorean production, etc., remains dominant. Generally, the problem is somehow identical to the preponderancy of white official presence in the judiciary, sports and entertainment management, etc. Yet they hardly get public acknowledgement or accolades for their intellectual productions in these fields. More on this in 'Africa's Development Facing Its Greatest Intellectual Crisis: Response to My Critics(lll)!'

The great African American Columbia University scholar (now deceased), Prof. Manning Marable, once lamented in one of his important books, "The Great Wells of Democracy: The Meaning of Race in America," that though there are so many influential black scholars making significant contributions to knowledge production, epistemology, that is, only threeCornel West, Henry Louis Gates, Jr., and Kwame Anthony Appiahhave been admitted to the American Academy of Arts and Sciences. Sadly, he himself, one of America's most influential and respected scholars, was, indeed, not even admitted to the Academy before his passing, if my facts are currently right. Tell me about Africa's inclusion in the political bowl of the so-called 'global village'!

Is it by chance that the problems confronting the African world are Pan-Africanist in scope? On the other hand, the question of Africa's development begins foremost with decolonizing the African mind. Importantly, correct, corrective, and transformative histories propel the project of forwardness.

'Africa's Development Facing Its Greatest Intellectual Crisis: Response to My Critics(lll)!' is on its way.

'Give peace a chance', ICoast ex-president tells police
36 minutes ago