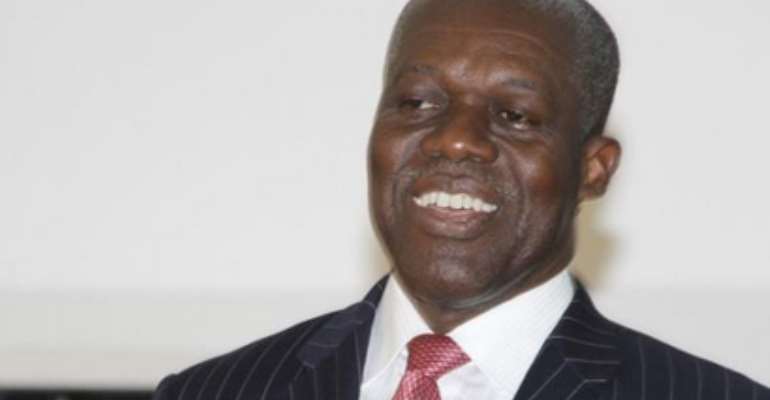 Vice President Kwesi Amissah-Arthur on Monday said the government would see the extent to which it would establish a preparatory secretariat towards the eighth Pan African Congress scheduled for Ghana next year.

He affirmed Ghana's support to the Pan African activities to achieve the African continental unity agenda.

The Vice President said this at a meeting with the Ugandan Minister of Justice, Major General Kalinda Otafire, in Accra.

The proposed secretariat is in response to a request by the Ugandan Minister for the Government of Ghana to support the next meeting of the Pan African Congress.

The meeting is scheduled for Ghana in either September or October 2014.

Vice President Amissah- Arthur said the Government of Ghana would be working through the secretariat to channel assistance for the forthcoming meeting.

Major-General Otafiire is in Ghana to participate in 104th birthday celebration of Osagyefo Dr Kwame Nkrumah, the first president of Ghana.

Pan-Africanism is an ideology and movement that encourages the solidarity of Africans worldwide. It is based on the belief that unity is vital to economic, social, and political progress and aims to 'unify and uplift' people of African descent.

The ideology asserts that the fates of all African peoples and countries are intertwined. At its core Pan-Africanism is 'a belief that African peoples, both on the continent and in the Diaspora, share not merely a common history, but a common destiny

The largest Pan-African organization is the African Union.