Ben Ephson Has A Hidden Agenda Against NPP 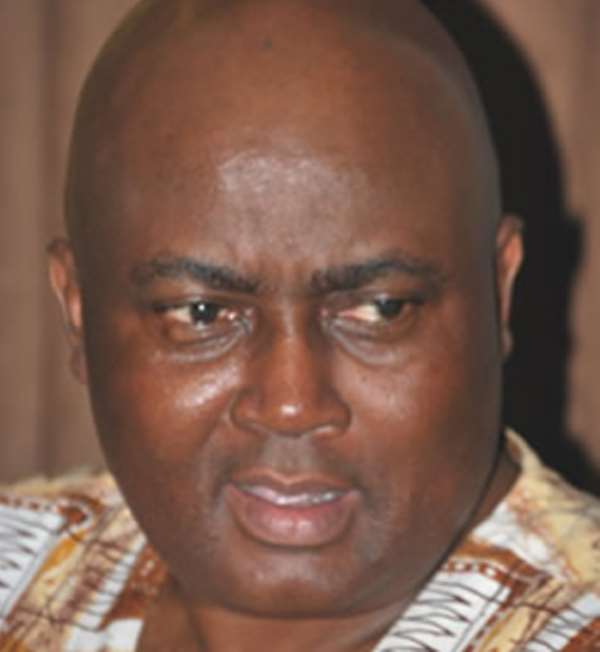 The publication by Managing Editor of the Daily Dispatch newspaper, Ben Ephson Jnr., that '15' people are gunning for the Presidential slot of the New Patriotic Party (NPP), has been strongly discounted by a Communication Team member of the opposition party.

Hopeson Adorye insists the story is a farce and must be ignored by well-meaning Ghanaians.

He claims the Daily Dispatch Managing Editor has been harboring an agenda for the past five years to attack the NPP and make the party unpopular to Ghanaians.

'Ben Ephson's storyis a farce and must be ignored because the NPP after 17 people had contested the Presidential slot in 2007 changed its constitution to allow only 5 people to run for the flagbearership positionhe (Ben Ephson), for the past five years has been harboring an agenda to attack NPP through his publications by making the party unpopular,' Hopeson Adorye said.

According to the pollster, aside Dr. Richard Anane, who appears to be the fifteenth person on the list, the rest of the names came up during a fieldwork he is doing on a yet to be published book.

'you know that when NPP expanded their electoral college as a result of a review of their constitution, they said that the electoral which would ultimately elect the Flagbearer was expanded to over 110, 000 delegates. The same review said that if the numbers (Presidential candidate aspirants) are more than 5, the members of the National Executive Committee (NEC) would do a mini election and the top 5 voted for by the NEC would be presented to the over 100,000'.

'there are a number of layers of elections that would take place. They would have to elect executive officers at the polling station level, constituency, regional and national. So if one is interested in the Flagbearership, he would have to make sure his supporters or activists are elected at these levels, which ultimately influence.in the cause of our field work, we met people canvassing for their preferred candidates. And that's how we kept picking up the names,' he elaborated.

But Speaking on OkayFM, Hopeson Adorye however revealed that only two people in the persons of Dr. Richard Anane and Dr. Kofi Konadu Apraku have openly and officially declared their intention to contest the NPP flagbearer position; adding that though John Alan Kyerematen is an obvious candidate, he has not openly come out yet.

He was hopeful that Nana Akufo Addo will contest again to lead the NPP, but strongly urged Ghanaians to treat Ben Ephson's story with contempt, especially for naming Dr. Mahamadu Bawumia as a possible contestant.