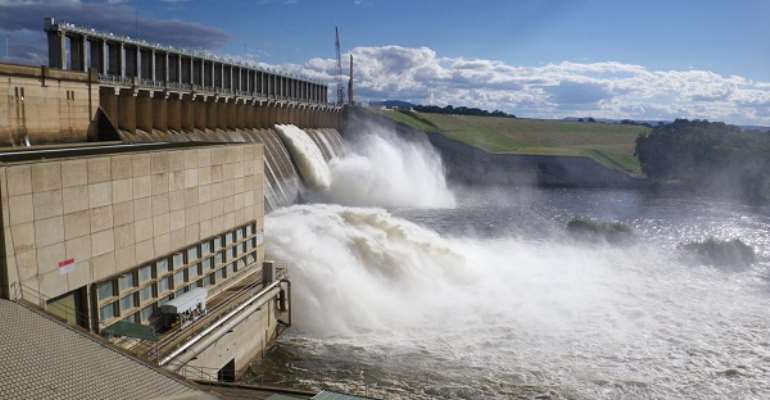 Water from the Bagre Dam in Burkina Faso will be spilled today. A flood alert issued by the Upper East Regional Co-ordinating Council (UERCC) said reports received from the authorities of the Bagre Dam indicated that the spillage exercise, done annually, will be carried out in two phases.

The first phase is today while the date for the second phase would be communicated to the public as and when it becomes necessary.

The UERCC has, as it does yearly, called on people living in low-lying and flood-prone areas in the Upper East Region to evacuate to safe grounds to avoid loss of lives and property during the spillage periods, since this could lead to flooding.

The consequences of the spillage on the northern part of Ghana would normally be felt after 48 hours when the spillways are opened.

In the alert the UERCC urged all people living close to tributaries of the White Volta, especially those farming near or fishing in the White Volta River and those whose houses are located in low lying areas within the flow parameters of the river, to be cautions and watch out for water levels in the river and avoid being swept away by flood waters.

For nearly 10 years now, communities along the White Volta River in the Upper East Region have had to bear the brunt of flooding due to the annual spillage of water from the Bagre Dam, which was completed in 1992.

Pwalugu Dam
As part of interventions to halt the devastation this spillage causes to inhabitants, the Volta River Authority is considering the possible construction of a multi-purpose dam at Pwalugu to hold the water for both hydroelectric power generation and irrigation farming. These interventions, if successful, will improve the lives of the people and reduce poverty in the catchment area.

2007 Experience
In 2007, the Government of Ghana had to declare a state of emergency in the Upper East, Upper West and Northern regions. That incident affected over 300,000 people and caused the death of nearly 50 people.

Some 35,000 houses, 1,500 kilometres of road and thousand hectares of crops were destroyed.

The government made an appeal to the international community for assistance  for the reconstruction of flood-devastated areas.

NADMO Alert
In a related development, the National Disaster Management Organisation (NADMO) on Wednesday, September 18, 2013, alerted residents in 265 communities to the possible spillage of the Bagre Dam in Burkina Faso, following the rise in the water level of the dam.

Other 131 communities will also be affected by the spillage. These are communities with a population of 172,704, in the Lambushie-Karni, Sisala West, Wa East, Wa West, Wa Municipality, Nadowli and Jirapa districts in the Upper West Region.

According to the release, the water level had reached 232m, a situation which had persisted for the past 10 days.

The NADMO, therefore, pleaded for co-operation from all sectors of the society, especially the chiefs, opinion leaders and people of the possible affected areas, in dealing with the situation before, during and after the spillage.

The statement further entreated the public to listen to and follow advice from the NADMO and other experts.

The release also called on women who hunted for wild-nuts and firewood to be circumspect when embarking on such ventures and should stay away from such ventures when they saw signs of flooding.

Children within the affected communities have also been advised to desist from going to the bush unaccompanied.