Youth Is The Cornerstone For Tobacco Control Activities 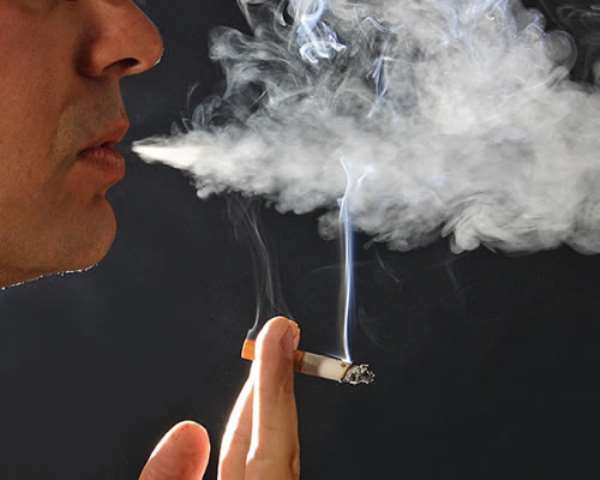 The 'International Conference on Public Health Priorities in the 21st Century: The Endgame for Tobacco', jointly organized by The Ministry of Health and Family Welfare, Public Health Foundation of India (PHFI) and Health Related Information Dissemination Amongst Youth (HRIDAY) was held recently in Delhi.

The World Health Organization (WHO) was the technical co-sponsor of this event. The conference, which was attended by around 500 delegates from around 55 countries across the world, proved to be a whistleblower to the tobacco epidemic.

It is now a scientifically proven and world known fact that tobacco kills slowly but surely. According to the WHO, tobacco kills nearly 6 million people each year, out of which around 600,000 are non-smokers exposed to secondhand smoke. The web of tobacco epidemic is entangling more and more people and spreading its tentacles, especially amongst the youth.

The Global Youth Tobacco Survey (GYTS) shows that over 25% of the young smokers of the world start smoking under the age of 10 years and that around 18.7% adolescents use tobacco in some form or the other. In India too, (as per GATS 2009-10) the average age of initiation of tobacco use is 17.9 years.

One of the main reasons for this alarming induction of the young generation on to the tobacco bandwagon is the unrelenting interference of tobacco industry giants, who are leaving no stone unturned in luring this gullible population and condemning them to an unhealthy life of tobacco chewing and/or smoking. Instead of becoming harbingers of a healthy future, our youngsters are unfortunately succumbing to the devious tactics of the tobacco industry which falsely glamourizes tobacco.

In her inaugural address at the conference, Dr Margaret Chan, Director General of WHO, spoke about the menace of tobacco industry interference. She said 'Industry is counting on the historical pattern, where economic and commercial interests trump public health concerns time and time again. Such tactics give tobacco endgames further appeal as a strategy for putting industry out of business. They deserve it.'

Supporting the views of Dr Chan, the President of PHFI, Dr K Srinath Reddy quipped, 'Tobacco Industry cannot be tamed but needs to be timed out.'

Addressing the delegates at the conference, Avni Sharma, a youth advocate from India, lamented that tobacco kills young people at the peak of their productive age. Avani stressed upon the dire need for informed youth who could become agents of social change. She exhorted the youngsters to thwart the nefarious designs of the tobacco giants by ushering a strong anti-tobacco movement for urgent control of the tobacco epidemic in the 21st century.

The Endgame Conference also witnessed the launch of an anti-tobacco campaign - No more tobacco in the 21st Century-- by Bollywood actress and activist Gul Panag. She, along with Member of Parliament, Baijayant 'Jay' Panda, (another staunch supporter of the tobacco control movement), urged the youth to wholeheartedly participate in the just cause to save themselves and others from the illicit tactics of the tobacco industry. Gul said, 'It is a much needed initiative in a youth dominated demography such as ours-- especially when it is the youth who are targeted by the advertisers of tobacco products.'

In an exclusive interview given to Citizen News Service, Dileep G. Bal, District Health Officer of Kauai, Hawaii said, 'Youth should be made an integral component of all tobacco control activities. They are full of energy which just needs to be triggered in the right direction. The process has already started, with more and more of them participating actively in tobacco control activities. The spirit must go on with continued vigour.'

In Burkina Faso the industry has tried to weaken tobacco control legislation going through parliament, by attempting to corrupt civil servants and by proposing counter and inefficient legislation via the Minister of Commerce. In Cote d'Ivoire and Madagascar the tobacco industry has been intimidating the governments and taking them to court with a view to stop smoke free legislation and adoption of graphic warnings.

In Brazzaville, capital of Congo, the tobacco industry has tried to prevent good and efficient public information on packs by proposing laughable warnings to the authorities, which one can hardly see, never mind be able to read. In Chad also the tobacco industry is very active in influencing the government to keep prices of cigarettes low.'

The tobacco industry uses clever tactics to keep youth under its heavy influence. It manipulates young minds with weapons of advertisements and lures them with glamorous portraits of chic men/women holding a cigarette in their hands. Who can ever forget the sensuous picture of the Marlborough Man which succeeded in drawing many to the rugged mystique of the lethal cigarette smoke?

A strong clarion anti- tobacco call is needed to be given by the youth (and also followed by them in letter and spirit) to prevent the present and future generations from becoming customers of the poison pedalling tobacco industry. (CNS)