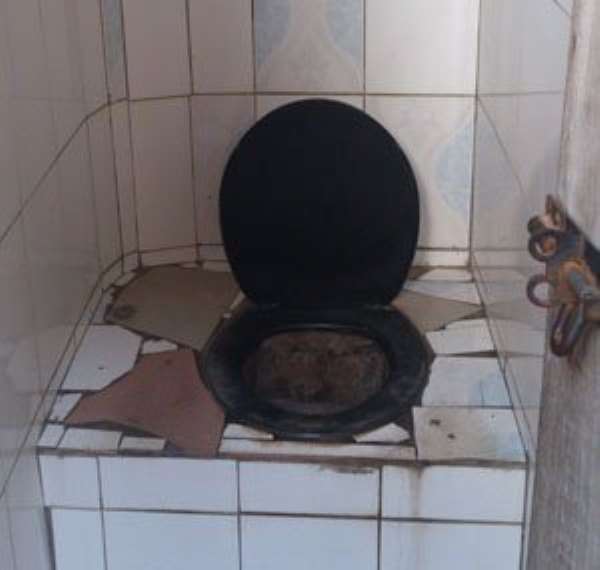 The deceased Kamel Bashiru,  a class three pupil of  the private school located at Nima, Accra, met his untimely death when he fell into the school's pit latrine last Wednesday after he went to attend to the call of nature.

Kamel Bashiru was secretly buried the same day by the family members in collaboration with the school authorities.

The police said neither the parents nor the school authorities reported the matter to the police when it occurred and went ahead to bury the boy.

The proprietor, whose name is being withheld by the police and Zakaria Bashiru, father of the deceased, are currently in police custody assisting in their investigations.

The Nima District Police Commander, DSP Felicia Ayensu, when contacted by the Daily Guide, said Kamel Bahiru's death was not natural and hence calls for an investigation.

But when the incident occurred, the school authorities and the parents came together, took the law into their own hands, neglected the police and decided to bury the body just like that.

Police later received the report upon a tip off and proceeded to the scene in the evening to investigate the matter.

When police finally contacted the deceased family, we were told the child had been buried already by the parents, without any authorisation from the police.

She said the police had written to the Coroner Department for advice and if it came out that the body should be exhumed for examination, the police would carry out the directive.

DSP Ayensu added that the police were ready to investigate the matter to its conclusion in order to find out the real cause of death.

Meanwhile, some agitated family members, who heard of the arrest of their kin, stormed the station to question the police.

According to the angry family, it was not compulsory for the family to report the death of their child to the police.

'What is the beef of the police if those of us affected have decided to let sleeping dogs lie,' some of the family members stated at the police station yesterday.

An eight-year old, Kamel Bashiru, met his untimely death last Wednesday when he fell into the school's pit latrine.

The deceased, who was in Class Three, went to the latrine to attend to the call of nature when he fell into it.

He was found dead three hours later after his body was removed from the pit.

The school, which admits kids from nursery up to Junior high school, has temporarily been closed down by the school authorities after the tragic incident.

When DAILY GUIDE visited the school around 5pm yesterday, one of the teachers, who spoke on condition of anonymity, said the child was attending nature's calls when he suddenly fell into the pit.

Some of his colleagues, who witnessed the act, immediately called the attention of the teachers for help, 'but there was little we could instantly do to save the life of Kamel.'

With the help of neighbours, the lifeless body was finally retrieved from the pit, after three hours.

Grandparents of the deceased, Abubakari Musah and Zulei Ibrahim were later invited by the authorities to pick up the body to the house.

The school teacher said pupils of the school would be home for a week to enable authorities' sort out issues with the family of the deceased.