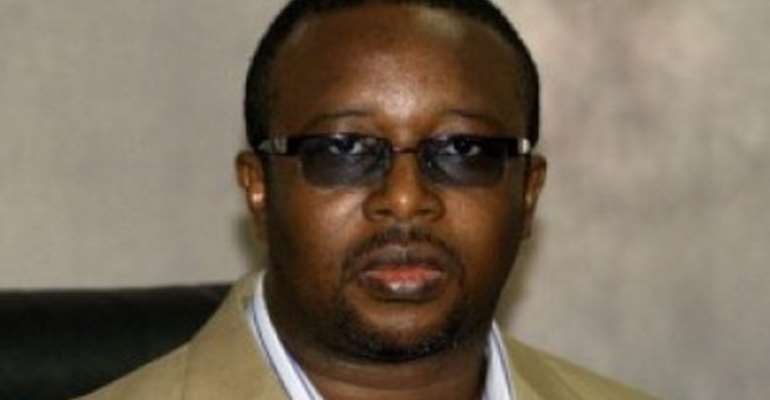 
The Discovery 511 is said to have been sold for $24 million by the Ministry of Energy to settle a judgement debt of $19.5 million to Societe Generale in 1991 in compliance with a London court order.

However, documentation on the transaction appear to have vanished into thin air as official state institutions supposed to have played roles in the sale all claim not to know where the documents are.

The revelation came to light when the Judgement Debt Commission sought to ask questions of the deal.

Mr. K.T. Hammond, also a Member of Parliament for Adansi Asokwa, has said he personally, under the authority of then President J.A. Kufuor and Nana Addo Dankwa Akufo-Addo as Attorney-General and Minister of Justice, went to London to close the deal and returned with the balance in a draft cheque.Mr K.T Hammond

But Mr. Twum Boafo says Mr. Hammond should be able to help with information on what became of the draft cheque by telling into which government account it was paid into.

He told Radio Gold that it should be basic procedure that the cheque would be documented somehow, where it was deposited or if cashed, by whom, to make trailing it a huge possibility.

According to Mr. Boafo, there is also some mystery surrounding $1 million of the money that Mr. KT Hammond claims went to service legal fees. The money, he said, does not add up.

'That $1 million he claims went to pay the people who handled the legal side of it, who were they? Did they offer us an invoice? Did they give the government of Ghana a receipt? Or he just went there, did something arbitrary and the people…took $1 million gave us the balance? Where did that $1 million go?"