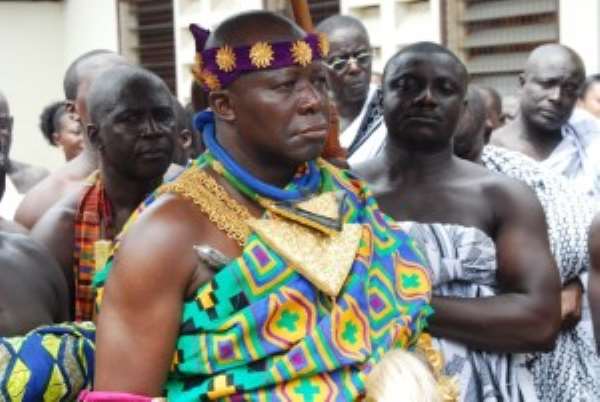 The National House of Chiefs (NHC) has denounced what it saw as distasteful on-line publication by the New Free Press, linking the Asantehene Otumfuo Osei Tutu II, with alleged bribery payment to swing the Supreme Court's verdict on the presidential election petition in favour of President John Dramani Mahama.

It said it 'takes exception to the attack on the dignity and integrity of the chieftaincy institution and for that matter the Manhyia Palace'.

A statement signed by Awulae Attibrukusu III, Vice President of the NHC, cautioned journalists to avoid reportage and discussions that tend to denigrate chiefs, particularly prominent chiefs in the country.

It said it found the said September 4 publication by the newspaper 'very unfortunate, not only did it tend to bring into disrepute the Asantehene, but also the President of the Republic, as well as the Supreme Court of the land.'

The statement said the chiefs 'are most unhappy about this and accordingly condemns it'. GNA